Murchison falls national park is the largest protected park among the ten national park in Uganda and is under the management of Uganda wildlife Authority. The park is situated in the northwestern region surrounded with inland waters of Lake Albert around Victoria Nile. It includes 748 square kilometres covering Bugungu Wildlife Reserve and 720 square kilometres for Karuma wildlife reserve forming up Murchison Falls Conservation Area. The park was established in 1952 as a gazetted area for wildlife covering a total land of about 3893 square kilometres which is approximately a 3-hour drive from Kampala the capital city of Uganda and is surrounded with four Ugandan districts of Masindi, Kiryandongo, Nwoya and Buliisa. The park is also adjacent to Masindi –Gulu highway next to karuma falls where the location of 600 megawatts will be connected on the karuma power station as Uganda’s largest power station. Murchison Falls are the biggest attraction in the park that will spice up your Murchison falls National Park Tours. 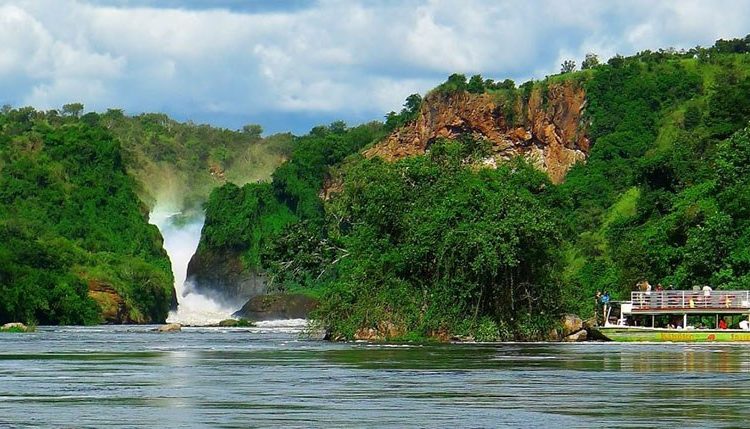 Murchison falls national park was discovered by John Speke and James Grant who was the first European to come to East Africa in the ancient years of 1862 and later it was explored by Samuel Baker and his wife Florence Baker in 1863 to 1864 they named it Murchison falls national park after the geologist Roderick Murchison. Eventually, between 1907 and 1912 the wildlife of the 13000 square kilometres park was moved out due to sleeping sickness that was spread by tsetse flies.

The park is a sanctuary for game reserve which is an habitant for over 76 species of wildlife such as warthogs, waterbuck, elephants, lions, Uganda kobs, giraffes, leopards, water animals like hippopotamus, crocodiles & many more. It has 450 bird species such as rare shoe bill stork, African Darter, Giant Kingfisher, Osprey, Long-toed plover, Grey-headed Kingfisher, and more other species.

Murchison falls national park being the largest park in Uganda with wide touristic attractions and above all are the main attraction with in, the magnificent views of splashing waterfalls on top of the Nile, wild animals and primates. These are the activities you can engage in while you’re at Murchison falls national park such as Game drive, nature walk, bird watching, Chimpanzee trekking, boat cruise, sport fishing, hiking on top of the falls, culture encounter and many more. The chimpanzee trekking is an important Uganda Safaris activity that travellers love to engage in.

Game drive: The park has open savannah grasslands, wetlands and woodlands which are habitats to different species of birds and mammals on an area covering 3893 sq.km of its lowland. Game drives within Murchison falls national park are the major highlights in here where a traveller can encounter a variety of mammals including, Jackson’s hartebeest, warthogs, lion, buffaloes giraffes, elephants, hippos and Uganda kobs. The game drives can be  done in morning hours starts at 8:30 and evening hours starting at around 3:00 pm to 6:30 pm using 4×4 wheel safari driving vehicle and as your enjoying game drive expect to have great game viewing in an open savannah grassland accompanied by an armed tour guide.

Boat cruise: Boat cruise is extremely fantastic and full of fun which starts at Paraa landing area at the point where the Victoria Nile connects into Lake Albert and takes you to the bottom of the falls where you can get a lot of excitement as you sightsee water animals like hippos, Nile crocodiles and also other animals like waterbuck, elephants, and buffaloes. You will also be able to see water birds such as Fish eagles, ducks,   Kingfisher,  white egrets, bee-eaters, unique shoe bill stork and many more. The cruise can start around 9 am and 2 pm has the exceptional schedules can be organised by the park management.

Bird watching: The park host over 450 bird species and can be easily spotted between paraa Rest Camp and along ferry crossing these are the various birds such as Black-headed Genolek, Chestnut-crowned Sparrow Weaver, Blue napped Mousebird, Black –headed Batis and also you can get a chance to see nocturnal bird species at around 7 pm in the evening along paraa Rest cam including Nightjar, Verreaux’s Owls and many others, the best time to watch these species is between march to September each year.

Guided nature walks: Guided nature walk is the best amazing activity that can be conducted at Kaniyo Pabidi area within Budongo forest reserve and this is an activity carry out on foot with a trained guide to encounter the hidden species in the wilderness. As you’re walking in the midst of the forest you can be able to spot out tree species like the Mahogany tree, ironwood tree, the fig tree and also primates like chimpanzees, Red tailed monkeys, Blue monkeys, birds all these species can be spotted on your tour to Murchison.

Chimpanzee trekking: Chimpanzee trekking is an emotional experience which can be done in Budongo forest reserve and can last 2 to 8 hours while trekking these impressive apes. You will be given an hour to spend with these apes in their natural habitant and as you observe them while playing, grooming themselves, swinging on the trees, feeding and other day to day activities.

Sportfishing: This is among the activity carried out along the Nile and what you’re supposed to do is to carry your Fishing equipment that involves catching fish by casting lure and fish species caught along the Nile include Nile perch, catfish and tiger fish

The best time to visit Murchison falls national park is all year round but most especially in dry seasons from the month of June to October and December to March and within these periods of the year is when you can enjoy these impressive activities. And to those who are love birding, wet season can be favourable for them from the month of April to May and November.

The park has got beautiful accommodation inside ranging between luxury, mid-range and budget with rewarding sightseeing of birds, trees and such lodges include Paraa safari lodge, Red chilli hide way, Nile safari lodge, Miti mango guest house, Simbya River lodge and many more.

Murchison falls national park can be easily accessed by road or by car and since Kampala the capital city of Uganda. The journey covers 283 kilometres per driving distance and takes 3 hours by road. Alternatively, a tourist may decide to cut short the driving hours through using Air transport from Kajjansi Airstrip to Pakuba Airstrip located within the park and takes only 1 hour by Air.