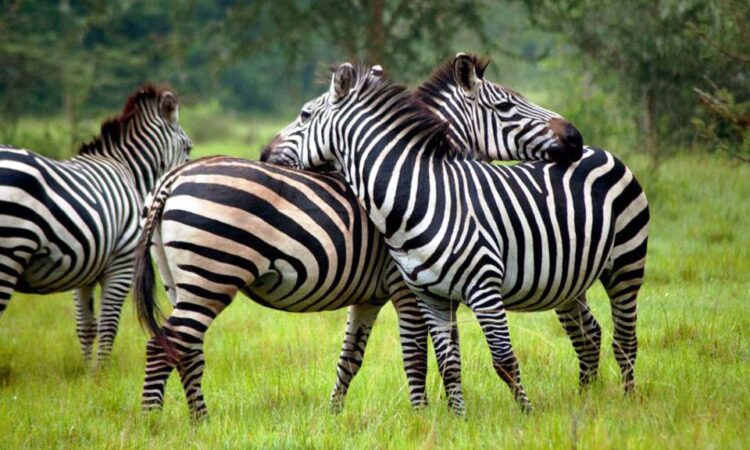 Lake Mburo national park was first gazetted as a hunting area in 1933 but was filled with the Banyankole pastoralists and later upgraded to a game reserve in 1963. The herdsmen kept evading the space until in 1983 when it was finally made a game park for tourists to thrill while on a Uganda Safari. The forest and wetland cover has played a vital role on the wellbeing of the animals that have their habitat in the game park.

The story of the park dates from olden tradition and it’s believed that the park started from two brothers’ mburo and kigarama who lived in the low savannah territories. Kigarama got a dream that a lot of rain would fall and cause a great flood but when he shared his dream with his brother, Mburo decided to down play it. Kigarama on the other hand decided to relocate into the neighboring hills while Mburo stayed put and within no time the heavy rain fell making the place to flood hence Mburo drowning with all his property. The locals believe that the water from this flood made up the park’s famous lake, Lake Mburo.

Lake Mburo has over 68 mammal species and over 350 bird species in the game park. These creatures live in the park’s well green endowed vegetation that includes savannahs, bush lands, the wetland and a few acacias. The animals in the park include but not limited to zebras, antelopes, eland, impala and klipsinger, probiotics, leopards, hyenas and topi warthogs, buffaloes, hippos, water bucks, reed bucks crocodiles, topis and many more. This park is the best place for you to sight the elusive cat – the leopard.

The park has both land and water animals so guests of the park get to enjoy game watching both on game drives and boat rides in the park. The park doesn’t have lions, elephants and Rhinos which are the three animals that make the big five and though that may seem like a disappointment, it makes the park safer and more enjoyable because of the absence of lions. Tourists are able to walk in the park with no fear of being attacked by any of the carnivorous creatures.

Mountain gorilla trekking is one of the most sought after safari activities and it can only be done in 3 countries in East Africa, Uganda being the top one.