Pian Upe Wildlife Reserve : Extending over an area of 2788 square kilometers to the north of mountain elgon, is the Pian Upe now under the management of mount elgon conservation area. It is the second largest protected area in Uganda after Murchison falls reserve, it lies in semi-arid country which usually receives rainfall in April and more substantial showers from June to early September but some years the rain fails completely. 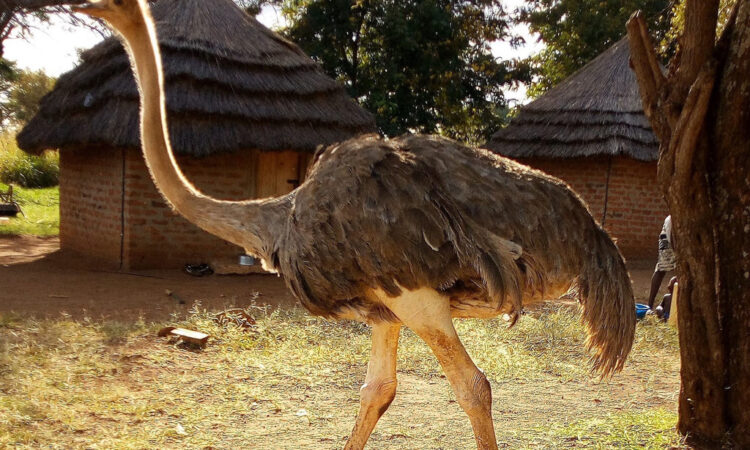 It is located in Moroto district, Karaugandmoja subregion about 90km from Mbale town and over 500km from Kampala. It is predominantly savanna in Nakapiripirit.

The southern side of this incredible game reserve was gazetted as the Debasien Animal Sanctuary in 1958. In 1964, this area was extended northwards and it was named Pian Upe Game Reserve. A 2003 proposal to degazette the reserve in order to farm fruit on the land was blocked.

The predominant cover of mixed acacia commipphara savanna is essentially the Uganda’s extension of an eastern savanna encompassing much of northern Kenya and the amboseli-tsavo-mkomazi complex of reserves on the border between Kenya and Tanzania. Providing dramatic contrast to the dry scrubby plains of Pian Upe is mount kadam, an isolated range of spectacularly tortured turrets and bleak volcanic plugs that rises to an altitude of 3068m on the reserve’s eastern boundary.

Pian Upe is a home to two pastoralist tribes for which it is named: thespian being part of a sub group of the Karamaja, and the Upe being a Kalenjiin speaking people more widely known as the Pakot within Kenya. These two tribes have a history of armed conflict mostly related to cattle rustling. At times the Pian and the Upe team up to fight neighboring tribes in Kenya or Uganda or at times they have directed their violence to each other.

Animals include Leopards, cheetahs, elephants, waterbucks and spotted hyena are quite popular by ranger patrols and a small population of lions is present.  Among the ungulate species are bur hell’s zebra, buffalo, eland, Harte beast, greater kudu, topi, orib, dik-dik, and Uganda’s last population of roam antelope. In addition the vervet monkeys, olive baboons, the far localized pata monkey are white popular in the savanna. bird species in the area include the green bitta, secretary bird, Abyssinian horn-bill, the rare shoe bill stock among others.

Some of the interesting activities carried out include; forest walks, bird watching as it’s a bird’s Heaven. There are countless birds, so far, two hundred forty two have been confirmed, eleven unconfirmed bird species. Its largest bird is the ostrich, which is uniquely only found here and in Kidepo National Park, mountain Climbing, Study Tours, camping- carrying your own tent is a must and camping is about five US dollars, sightseeing, cultural community visits- where you will have a one-on-one with the locals, take part and learn their traditional dances and weddings plus raiding activities for cattle, respectively.

Accommodation can be found within the game reserve; including self-contained tents and cottages from the Uganda Wild Life Authority. For those who have wild imaginations about the night, there are no lions in the reserve so you are completely safe. Outside the reserve, recommendable areas would be around Sipi Falls which is just a one to two hour drive from the reserve. Mbale Town is yet another option as you would simply leave early for Pian Upe and arrive in about two and a half hours.

If you are visiting Sipi Falls, then this is a must visit site as well because you will find it on your way to the former. The road to the reserve is Murray but definitely motorable.