Volcanoes National Park (Also known as Parc National des Volcano) is situated in the northern province of Rwanda (Musanze), along the Virunga conservation area. This national park borders Congo’s world heritage site, Virunga National Park and Uganda’s second gorilla home, Mgahinga Gorilla National Park. Volcanoes National Park has long been known as a a haven for the endangered mountain gorilla in Rwanda besides sheltering five of the renown 8 volcano mountains of the Virunga conservation area (Bisoke, Karisimbi, Muhabura, Sabyinyo and Gahinga). The park was the base for the zoologist Dian Fossey decades ago but apparently holds a lot of Rwanda gorilla tours. Volcanoes National Park is definitely a good place to spend most of your Rwanda safaris should you decide to tip a toe on Rwanda’s soil. 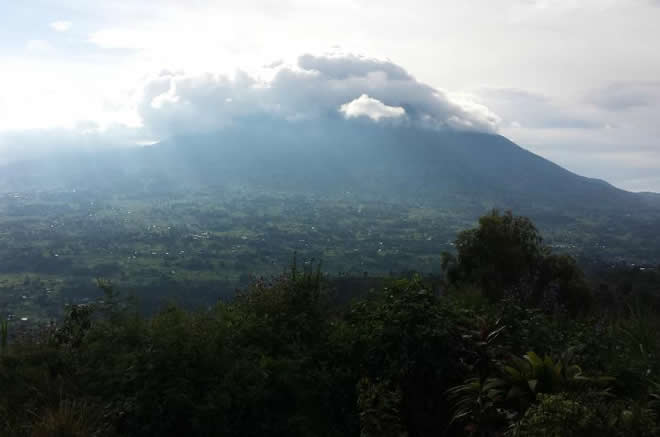 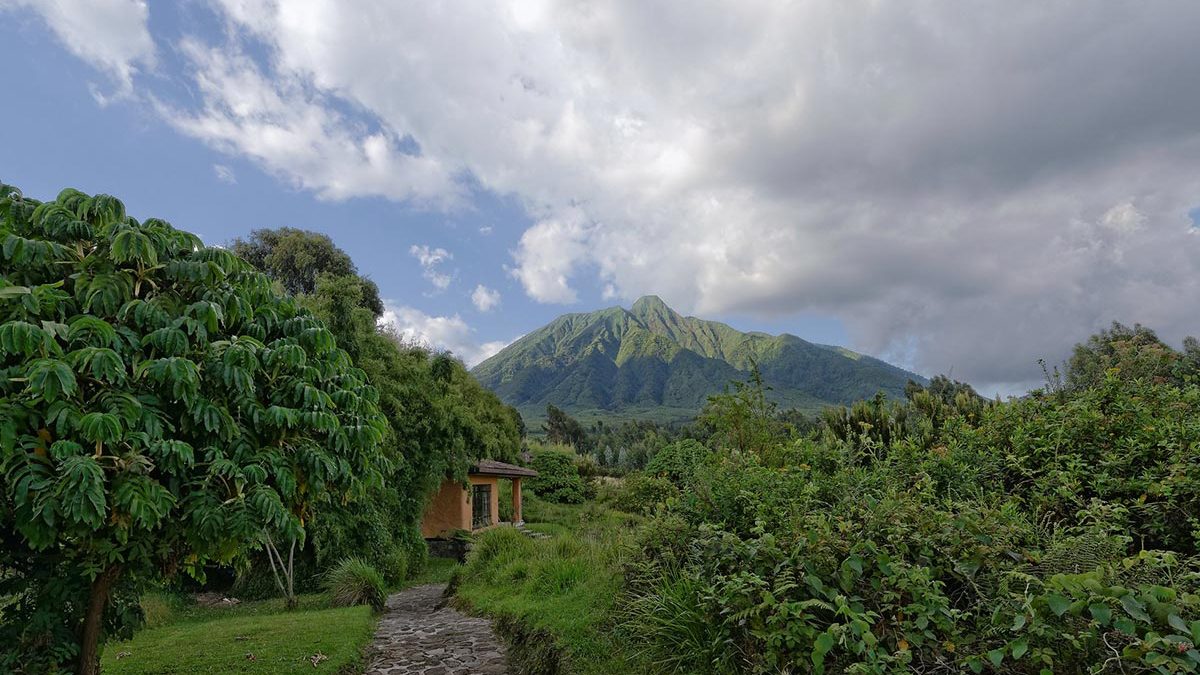 This safari park was first gazetted in the year 1925, as a small conservation place with a purpose of protecting mountain gorillas from poaching. Surprisingly, it was the very first safari Park to be gazetted in Africa and turns out to be the oldest at the moment. Around the year 1930, the borders of Volcanoes National Park were further pushed slightly deep into Rwanda and DRC, to give birth to the great Albert National Park, a big conservation area approximated to be about 8000 square kilometers, under the management of the Belgian colonial authorities who by then had control of both colonies. However, it wasn’t long before a big portion of the land got gazzeted for human settlement.

Volcanoes National park later on became a base for Dian Fossey, am American Zoologist who dedicated her life to researching and conserving mountain gorillas. Fossey carried out her research from Karisoke research center, a research facility she constructed around the year 1968 between the two Volcano mountains of Visoke and Karisimbi. Dian Fossey was murdered in 1985 by unknown people and got buried in a grave next to digit, her favorite Silverback at Karisoke Research Center.

However, following Rwanda’s recent increment on gorilla trekking permits that saw the price rise from $750 to $1500, Volcanoes National Park no longer favors budget gorilla trekking any more because very few can afford the $1500 permits fee.

Volcanoes National Park is very rich in fauna and flora. The park is commonly known for Mountain Gorillas but other mammals also found in the park include: golden monkeys, buffaloes, Hyenas and bushbucks. A few elephants have also been spotted around the park in the previous years but at the moment they are very scarce. Among these mammals, approximately 170 bird species also live in the park.

Various tourism activities are carried out in this national park with the most popular being gorilla tracking. The rest of the activities include Golden Monkey Trekking, climbing Karisimbi, a visit to the twin lakes of Burera and Ruhondo then visiting Dian Fossey’s tomb at Karisoke Research Center. Majority of the revenue generated from the Rwanda tourism industry is diverted towards maintenance and conservation of wildlife. About 9% of the revenue benefits the Rwanda government and an estimate of 9% is diverted to the local projects.

Just like her mother Rwanda, Volcanoes National Park is an all year round gorilla trekking destination. However, you can get the best experiences during the dry months of the year which are the months between December to late February and then late May to September to late September. The period of December – March is apparently the longest dry season for Rwanda implicating if you are book your safari for this period then you are likely to enjoy your Rwanda gorilla trek in the driest condition. The temperatures may rise up to 30 degrees Celsius depending on the day. Volcanoes National Park has a good weather all year round but you are advised to book your safari for the dry season.