5 Facts about Uganda : Uganda is an East African country surrounded by Kenya, Rwanda, Tanzania, the Democratic Republic of Congo and South Sudan. The country is home to over fifty-six tribes with different languages that were brought together by the British during the colonial times. The multi-ethnic country has managed to strive and provide a haven to all its population regardless of the language difference. 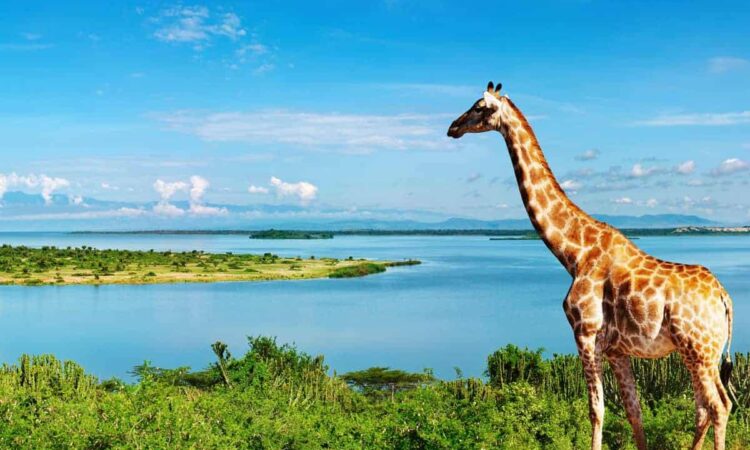 Having visited Uganda in 1907, Sir Witson Churchill declared Uganda the pearl of Africa in his book titled “My African Journey” published in 1908. The climate and everything he witnessed were like a fairy tale to him. Indeed the same features stand out even today and Uganda should be top of any tourist must travel list. Out of the 195 countries in the world, Uganda has features that make it stand out. Below are some top five facts about Uganda to know before going on a Uganda Safari:

There are only 1070 Mountain gorillas in the world. Uganda is home to half of the world’s population of these great primates. The only other country you can have a chance glancing at these rare amazing species is Rwanda and the Democratic Republic of Congo but given that Uganda has the largest population the probability is much higher in Uganda and also with a clear view. One can have this epic experience by going for a gorilla trek in Bwindi National Park or Mgahinga National Park. Gorilla Trekking is open for the entire year in Uganda though the best time to get a clear sentiment through seeing the families closer is during the dry season.

The 6693 km river flows north passes through four different countries before it pours its waters in the Mediterranean sea. River Nile is the world’s longest river and Uganda happens to be the source of this mighty marvel of the world. The father of African rivers has its source in Uganda. Lake Victoria which is also the largest freshwater lake in Africa is the source of the River Nile. Lake Victoria is also the second-largest freshwater lake in the world after Lake Superior. The river provides water to the wildlife in Murchison falls National Park. The different waterfalls along the river are such an incredible scene for tourists. Other activities such as white water rafting are golden moments that you can’t miss out on.

With more than 50% of the country’s population below the age of 15 and only 2% above the age of 60, Uganda is the youngest population in the entire world.

The average age stands at 16.7 years another stunning fact about Uganda. The vibrancy and energy that the young minds add to the Uganda economy are significant.

This has encouraged entrepreneurship in the country because of the young brilliant minds that have their home here; it has also boosted the sports sector with remarkable achievements in different global competitions with young teams.

All the different ethnic groups in Uganda have different staple foods which are all unique and delicious. These include Kalo, eshabwe, malewa, and marakwang. The common food you will get is Matooke. These are green bananas prepared by wrapping them in banana leaves and getting ready by the steam. Matooke is prepared through fine decent steps to produce a very savory dish when ready. The favorable climate enhances the growth of these green bananas, matooke is readily available at all hotels and restaurants around the country. One other special foodstuff is “luwombo” this is a combination of chicken with either vegetable, ground nuts, or mushrooms also skillfully prepared by steaming in banana leaves. These meals aren’t only delicious but also too healthy.

While Uganda might be listed among the world’s poorest countries, the Pearl of Africa boasts of having the world’s most expensive road and thus 5 Facts about Uganda. The Entebbe-Kampala Express Highway is a 51.4km road that connects Entebbe Airport, the country’s largest airport to the country’s capital Kampala. It is a four-lane road estimated to have cost around the U.S $ 475 million which is roughly $9.2 million per kilometer. When you land at the airport this could be the easiest route you can use without being frustrated with traffic.

These are just a sneak peek of a gifted country, one that should be on every tourist bucket list. Visit Uganda today for more fascinating facts and experiences.