Basongora are ideally a pastoralist population located in Western Uganda and Eastern Democratic Republic of the Congo. They have distinctive customs and speak ‘Rusongora’ an African language that is originates from Proto-Kordofanian and is similar to Runyankole and Rutoro. 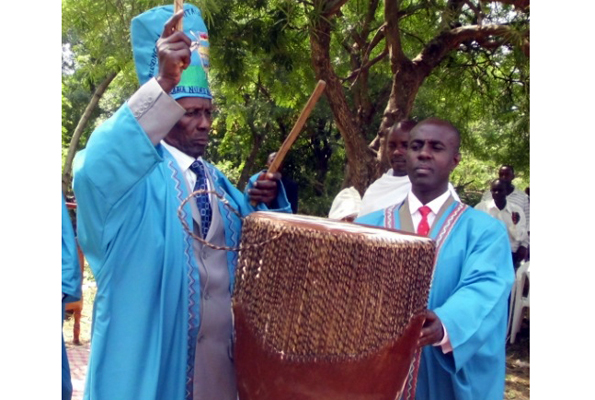 The Basongora population has reported as numbering 11,000 in Uganda, but this is most certainly an underestimate.

The traditional lifestyle of the Basongora is notable for its adaptation to dry savana and scrublands, as well as mountainous terrain. This is most notably why they are a pastoralist population  because of their adaptation.

Rukoki. In 1931 there was an outbreak of rinderpest that decimated the cattle population of the Nyakatonzi Basongora, forcing them to disperse to other areas of Uganda and the eastern DRC. Basongora believe the outbreak began as a result of a vaccination program started by the colonial govt. The biggest group that fled to the DRC did not return to the area until 1964 due to the strife caused by the Mulele rebellion in the DRC.

The Songora traditional economy was largely based on cattle-rearing, as well as salt-manufacture and trade in iron.

Most notably, the lands previously occupied by the Basongora are now reclaimed and exist as national parks or have been occupied by other tribes most notably the Batoro

Aug. 1891 CE – Capt. Fredrick Lugard invaded BuSongora in his efforts to establish control of the IBEACO over the salt mines at Katwe and tried to annex BuSongora as part of the hither-to defunct Toro kingdom. Lugard installedKasagama – brother to Musuga and Kamurasi – as King of Toro. Toro had originally been founded in 1830 and had ceased to exist in 1873. The original Toro had included only a total of four counties “ama’saza”. BuSongora was not part of the Toro kingdom between it’s founding in 1830 and its demise in 1873.  Lugard sought to incorporate BuSongora into Toro. This way the Basongora were almost absorbed into Toro Kingdom.

In 1940s the colonial government introduced cotton growing in the Songora region. By coincidence, the best soil and suitable climate for cotton growing was Nyakatonzi and other plains of the current Busongora County in Kasese.

In 1954 communally-owned Songora grazing lands were gazetted as Queen Elizabeth National Park by the colonial administration.

This left only limited lands for the pastoral Basongora. Although some remained in the park – albeit illegally, thousands of others moved across the border with their herds into the Virunga National Park in the DRC.

Beginning in the late 1950s insecurity in the region drove other ethnic groups – particularly the Bakonjo – from the high lands to the low lands. By the 1962, the Rwenzururu Freedom Movement had displaced a lot of the population from the mountains, forcing them to settle in parts of the rift valley. The Rwenzururu war ended in 1982, as a consequence of a peace negotiations.

Busongora was also partitioned and divided between the Congo and Uganda, and the portions that fell within Uganda were further sub-divided into several districts, all of which were then annexed to the kingdoms of Toro and Nkore, as well as the Kingdom of Bukonzo formed in the later part of the 20th century.

The political organization of the Songora was a form confederacy of several states united by a parliament called Muhabuzi, and a constitutional monarchy led by a trimviate that consisted of an empress dowager (Omu’Gabe’kati), a female ruler (Omu’Go), and a male ruler (Omu’Kama).

The Cultural Heritage Sites of the ancient Basongora [Bachwezi] testify to the prehistoric origins and the presence of the community since before the Holocene period. Key sites range in age from 25,000 years old, to recent ones dated only 150 years old, and include such places as: Ishango on the shores of Lake Rueru [Lake Edward]; the Munsa Earth Works; Ntusi Earth Works; Bigo-bya-Mugyenyi; Rweisamba Hill; Kogyere Hill; Kinyampoma Hill; Nyakahuma Hill; Muramba Hills [Virunga]; Irangara Island; Kikorongo Crate Lake; Ngezi Palace at Kaihura [Kyenjojo-Mwenge]; and many more besides.

Remarkable vestiges in the cultural sites include ancient kraal enclosures, royal tombs, ritual mounds, cattle burial sites, and a wide range of constructions, including moats, canals, and forts. These sites provide important testimony to the origins of the Basongora, and proof of the community’s historic impact on African civilisation – especially in the Great Lakes Region of Africa.