Best Places for Wildlife Viewing in Uganda: Four national parks in Uganda offer wildlife viewing opportunities: Murchison Falls, Lake Mburo, Queen Elizabeth and Kidepo. Murchison and Queen turn out to be the most popular and have the highest concentration of wildlife so far. Lake Mburo and Kidepo are less visited compared to the rest but offer equally good wildlife viewing experiences. 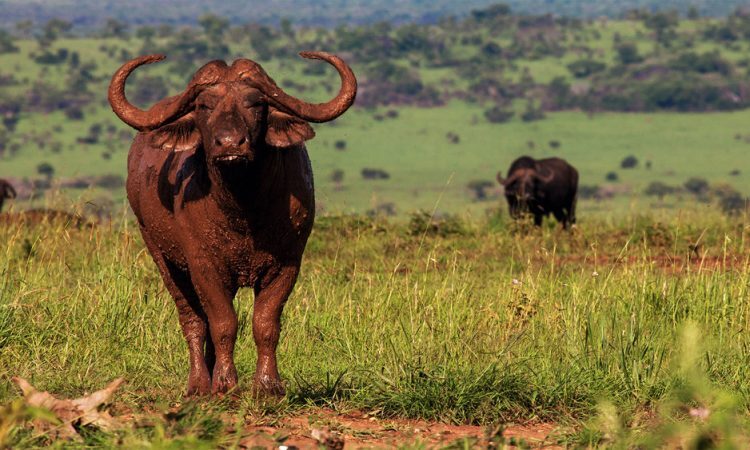 Queen Elizabeth National Park is apparently the most popular national park in Uganda and has the highest population of mammals and bird life. Murchison Falls comes next to it and has larger mammals inclusive of the Rothschild Giraffe – a specie that can not be found in Queen.

These destinations equally contribute to Uganda’s status of being a great wildlife viewing destination on the African continent. It might not be among the best, but does have the kind of experience every tourist would expect from a wildlife safari.

One of the national parks – Kidepo Valley National Park was named the 3rd best safari park on the African Continent by Cable News Network (CNN) in 2013. This milestone turned out to be a cornerstone to a virgin isolated national park that was always known for insecurity. Kidepo sits on the wild frontier region of North-Eastern Uganda and turns out to be one of the best spots for wildlife viewing in Uganda. If you are brave enough to take on the 12 – 14 hours drive or have the capacity to opt for scheduled / chartered flights, you should definitely visit this park. The park is very secure to visit.

Kidepo Valley National Park is a 1,442 square kilometres national park in the Karamoja region in northeast Uganda. Kidepo is rugged savannah, dominated by the 2,750 metres Mount Morungole and transected by the Kidepo and Narus rivers. This park harbors a lot of big cats and some species of wildlife that cannot be found else where in Uganda. Ostriches can only be found here and cheetah’s on rare occasions.

The main reason why few people visit this park is the distance. The journey usually lasts for about 14 hours by road and at times you will have to divide it into two days. The best way to access this park is by using chartered flights. You will spend roughly two hours flying ans cut your distance short. Truth be told! Safaris to Kidepo are one of the best you will ever experience in Uganda.

Murchison Falls National Park sits on the shore of Lake Albert, in northwest Uganda. It’s known for Murchison Falls, where the Victoria Nile River surges through a narrow gap over a massive drop. Park wildlife includes elephants and hippos, and there are chimpanzees in the Kaniyo Pabidi mahogany forest. The Lake Albert Delta is home to rare shoebill storks. There are game fish in the cascades of Karuma Falls.

The park is home to 76 species of mammals including four of the “Big Five”, with huge herds of buffaloes and elephants, well-camouflaged leopards and a healthy population of lions. It is also known for its giraffes; in Uganda these can only be viewed here and in Kidepo Valley. Other species viewed regularly along the game tracks include Jackson’s hartebeest, bushbucks, Uganda kob, waterbucks and warthogs. Resident crocodiles and hippos as well as other, visiting wildlife are found along the river.

Queen Elizabeth National Park is in southwest Uganda. Leopards roam the Mweya Peninsula, which lies beside Lake Edward. Nearby Lake Katwe is a huge volcanic explosion crater. Boats on the Kazinga Channel float past hippos and Nile crocodiles. Chimpanzees inhabit the Kyambura Gorge. Trails lead to bat caves in the central Maramagambo Forest. The Ishasha area is home to tree-climbing lions and shoebill storks.

With an astonishing 5000 hippos, 2500 elephants and over 10,000 buffalo thriving in its grasslands and shorelines, Queen guarantees sightings of some of Africa’s most iconic species. Hearing the elephants’ calls reverberate around Queen’s crater-filled valleys is a magical experience. Other common herbivores include warthogs, waterbuck, Uganda kob and topi, as well as the sitatunga antelope.

Lake Mburo National Park is a compact gem, located conveniently close to the highway that connects Kampala to the parks of western Uganda. It is the smallest of Uganda’s Savannah national parks and underlain by ancient Precambrian metamorphic rocks which date back more than 500 million years.

The park’s varied habitats support 68 mammal species. Rarities include impala, which, in Uganda, only lives in Lake Mburo, and Burchell’s zebra and eland which are found only here and in Kidepo. Other species include warthog, buffalo, oribi, Defassa waterbuck and reedbuck. Leopard and hyena are also present while crocodile and over 300 hippos are found in the lake. Previously extinct in the park, lions have recently been sighted again.