Best time to visit Bwindi forest  the habitat for mountain Gorillas that are left  in the world, mountain Gorillas are endangered species  sharing about 95%  DNA with humans beings , there are  Best time to visit Bwindi , Bwindi Forest is wildlife viewing sector a habitat for the Gorilla adventure safaris ,this runs all year round, the best  time runs from June to August and December to February. 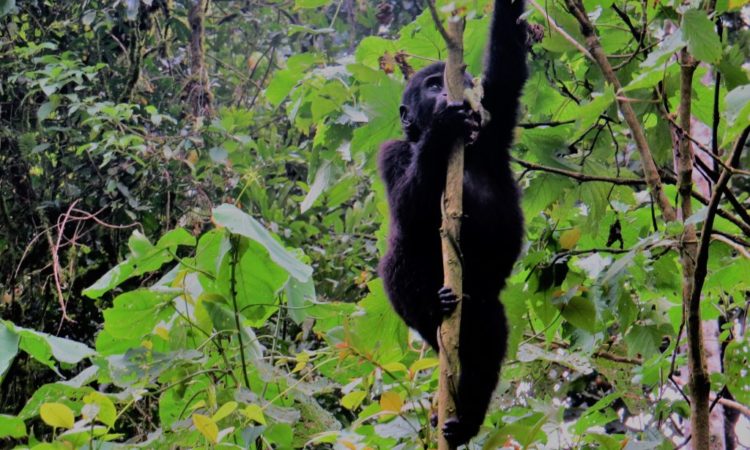 During this season the rain is limited and the forest trails are very slippery. June,  August and    December.

The rain is less during this time and the best trails are not impossible and slippery. June, August and December to February are the drier months. March to April and September to November very wet month, however these are the best times for bird watching.

June to August and December to February

Best time to visit: June to August and December to February

Worst weather conditions, they range in March to May and September to November.

The drier seasons run from June to August and December to February.

During this season, the days are sunny and wildlife viewing is at its best. And during the dry season   its always the best time to trek the Mountain Gorillas in Bwindi National park. Carry warm cloths, rain jackets, rain boots this because Bwindi forest is a rain forest, it keeps raining all year round.

The chances of getting malaria are lower during the dry months. The high seasons are in June and July, with common encounter of tourists in the park or along the Gorilla trekking routes.

Rainy seasons run from March, May and September to November, the months are misty, wet, drizzle and these are the best months for bird watching   since there are migrates of birds during this period.

Mountain Gorillas are trekked during this season although the roads are hard to travel and the trails are muddy and slippery which makes the trek at times very hard.

The lodges and camps are closed during the months of May and March. During the rainy season one needs warm cloths.

The mountainous altitude have high deep valleys ,the perfect things to do  in Bwindi National park and the best times are both Dry and wet seasons however dry season is more favoring than the wet season .