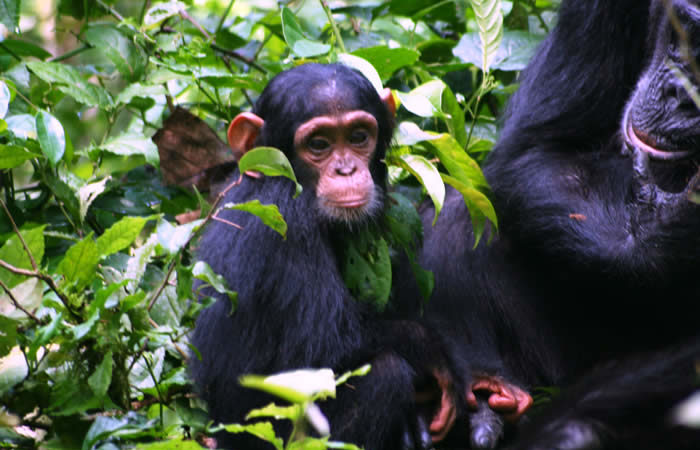 March, May, September, November the wet season, where wildlife viewing is amazing,  with good time for bird watching.

The chance of spotting the chimpanzees is very high throughout the year. Best time  to visit June ,September and December, February ,however during this period chimpanzees are trekked easier.rom June to

The high seasons runs through June to September, low season is in March, April, May, and November.

The driest and hot months are the best for chimpanzee trekking, and the forest is less dense where by the chimpanzees.

During this season the sun is very little rain, with few or no mosquitoes at all chances of contracting malaria are very minimal.

In the high season there so many tourists, thus you will find other people trekking however the forest never gets really crowed.

Wet season runs through March, May, and September to November. The rainforest is beautiful green, with a number of migratory birds in the forest, making it best for bird watching.

The trails are slippery and muddy giving a hard time to trekkers to locate the chimpanzees. During this period the weather is hot, a tourist needs to carry light cloths.

Kibale National Park is located in the high diversity with the largest concentration of primates in Africa. The forest is a home of chimpanzees there other primates in the forest including the red Colobus monkey, L’Hoests monkey.

The forest is a home to over 500 bird species, 15 species of primates,80 species of mammals, over 300 tree species living in the forest.

The forest is evergreen, semi-deciduous forest, with plenty exotic species of trees planted.