Busoga Kingdom : The pearl of Africa is a multicultural nation with over four different ethnic groups situated in the different regions of the country. The ethnic groups are divided further into tribes each having a different and distinct language, there are over 56 different languages spoken in such a small country. Organized in with kingdoms and chiefdoms that have organized people socially, economically and politically all to thrill while on Uganda safaris Tours. 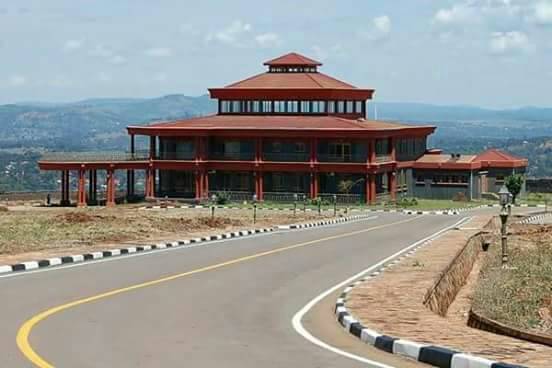 One school of thought has it that, During the 16th century, in Bunyoro Kitara, the Baisengobi clan gained power causing the Mukama Namutukula of the royal babiito family to leave Bunyoro with his wife Nawudo and their servants, arms and a dog finding themselves in Iyingo(currently Kamuli) where he fell in love with the area did a lot hunting since he was regarded as a great hunter, he also took part in blacksmith and metal making ,he made hand hoes , knives. While there, he gave his five sons who had survived, land and he went back to bunyoro, without his return, the sons took these lands as their control areas. Busoga wasn’t a kingdom yet by that time, But later, with the British influence  , a king was appointed. It bevine a kingdom in 1906.

The clans maintained strong blood relationship between them with each clan person identified with the first names of ancestors. the shrines constructed by Mukama and kintu were highly respected and that’s where they went for cultural worship. they also kept cattle, goats, sheep. The once chiefdom gained fame during the time of the explorers as most of them during their expedition in Africa were interested in discovering the source of the might River Nile. John Hannington Speke was the first European to set feet in Busoga after being sponsored by the Royal Geographical Society in an attempt to end the source of the River Nile Debate.

The people who live in the Busoga region are the basoga, who are part of the Bantu speaking people, occupying some the Eastern part of Uganda with being the only tribe in the East with a king as their leader given a title “kyabazinga”. A monarchy that governs them,also maintains law and order in their community. They are majorly farmers growing mainly sugarcane and other crops like potatoes, beans and many others. Lusoga is the language spoken by them, they occupied areas between Lake Victoria and Kyoga. they were united and their king created small projects to improve their livelihood. They speak Lusoga which is divided into two dialects that is to say; lupakooyo similar to Runyoro in the north and lutenga have spoken by the south Basogas. these dialects helped people living at the borders for easy communication with their neighbors.

They have had over 3 different kyabazingas since 1939. The kyabazinga belonged to the king’s council; constituting of the kabaka of Buganda, the two omukamas of Bunyoro and Tooro. They worshipped a supreme being known as lovable, within the community, the clan leaders were responsible for distributing land to their members. development programs were developed to cater for its people’s livelihood. They occupy the districts of Jinja; the industrial and agricultural base. Covering over 12 districts of Mayuge, Kaliro, Iganga, Buyende, Namutumba, Bugirii, Kamuli, Namayingo, Kaliro, Luuka and Busiki.  Jinja district is another major tourism and fun city.  Jinja, another Ugandan City with action-packed activities for tourists. While at this site one will get an opportunity to glance at the kingfisher and other multiple bird species. White water rafting and sport fishing should be on the to-do list of any tourist visiting the source of the River Nile. White water rafting: White water rafting is one of the prime activities at the source of the River Nile. Quad Biking : There isn’t a better way to spend a sunny afternoon in the outskirts of Jinja than quad biking