Caves in Uganda : A cave is also known as a cavern is a natural void in the ground usually underground and hollow made of rock. Often caves are formed by the process of weathering though some types are a result of various natural environmental happenings . There are several different types of caves which include  the Solutiona caves (that are most frequently occurring and are formed in Rock that is soluble such as limestone) ,Primary caves (these are formed at the same time as the rock surrounding them),Talus caves (are formed between boulders that naturally fallen into a random heal on top of a hill or mountain, they are usually small in size), Glacier caves (these are formed near the snouts of glaciers, they usually exist inform if long tunnels between the underlying bedrock and glacier ice.)The Rock shelter caves (are produced when the bedrock erosion takes place insoluble rocks) ,Eolion caves ( are wind carved caves that usually form in desert areas) ,and lastly the sea or littoral caves  (they are formed along coasts around the world). 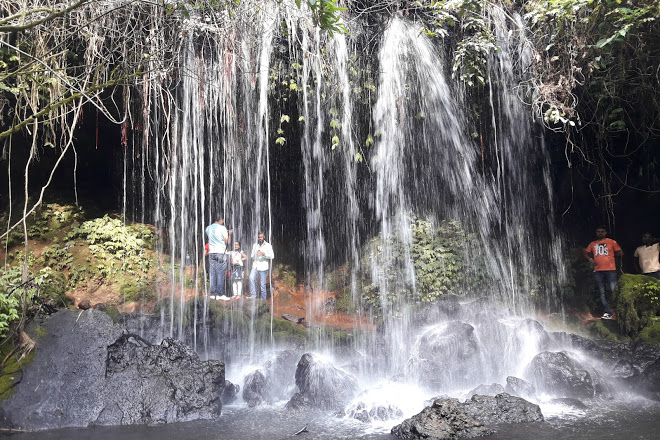 In Uganda, we have some major caves that will give you an insight to the magnificent caves that exist within our country. Each of these caves has its own historical and cultural background that is attached to it. They are mainly found in the Western and Eastern parts of Uganda. These caves were used by the Bushmen for shelter as homes for example the Garama caves 9n kisoro and the Nyero caves in kumi. Others were used for hiding during times of war such as the Bat cave in Queen Elizabeth National Park. Others have traditional history and are tourist sites that so the Amabere Ga Nyina Mwiru Caves and the Semwama Hill  Caves .

These are cultural caves that the people of Tooro found are greatly attached to . They are located near the Nyakasura Primary School and FortPortal town in Western Uganda. These caves were formed as a result of stalagmites and stalactites, they are believed to be the ancestral home of the Bachwezi and that the king of the Bachwezi was born there thus Caves in Uganda.

The name Amabere ga Nyina Mwiru was a name given to the caves as a result of the Tooro king by then King Bukuku cutting off the breasts of her daughter, the princess, and threw them into the cave because she had refused to marry the man he chose for her.     A tour to these caves also gives visitors an additional visit to the crater lakes and several wildlife species such as the primates , birds and visit Bigodi wetkand for a nature walk among others

The bat caves in Maramagambo forest in Queen Elizabeth National Park are found in the canopy of the Maramagambo Forest found in the Southern part of Queen Elizabeth National Park, in Bushenyi District. The caves has both bats and python snakes living together and a tour to this cave gives one a chance to visit the Queen Elizabeth N.P. Beneath the cave is two crater lakes that are kyasanduka and Nyamasingiri crater lakes, which are easily seen while in the cave. While visiting tourists can see some baboons, monkeys, pottos, pygmy antelope bushbaby, and various bird species to mention but a few.

Garama Cave, which is situated deep inside Mgahinga Gorilla National Park in Kisoro district has been in existence for long. It was use as a hiding place by the Batwa when there neighbors would attack them. While on visits ,one can take the Batwa trail in the forest during natural walks. Visiting these caves gives one to join in some activities such as hunting and gathering as done by the Batwa.

These are located in Kakumiro district in Western Uganda also holds a great historical and cultural background, believed to be a place of worship since there is a shrine believed to be for the Bachwezi where people take offering to the gods.