Clans in Rwanda : Rwanda also known as the land of the thousand hills is one of the countries so rich in cultural history. East Africa’s most densely populated country banned the talk about ethnicity after the massive massacre that saw more than a million lose their lives within 100 days in the Rwandan massacre. Despite the small size , Rwanda has over 20 different clans which all have different setups. The term clan refers to a group of people who are descendants of the same mythic ancestors. It can also be referred to as a social categorical division of people from the same ancestry. People here can be having the same totem and the clan can also be multi-ethnic meaning different tribes have a clan similar to both. In Rwanda specifically, some clans are associated with mythical origins from the old ages. Unlike in, the other neighboring countries, the clans in Rwanda are very diverse and are within the three tribes living in the present-day Rwanda. Under their umbrella name “banyrwanda” the clams formed were not limited to genealogical lineages or geographical location. A combination of clans then resulted in kingdoms. The hierarchy of governance started at the family level then at you clan level. 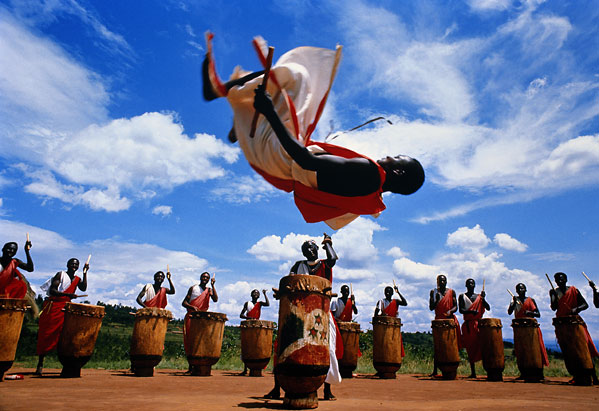 It is important to understand that Rwandans lived together before independence. When the Germans, Rwanda’s first colonizers arrived, they found a highly developed social structure with a King on top of the administrative ladder supported by powerful chiefs with all Rwandans categorized under clans. These clans were known as “Ubwoko”.  With the advent of the Belgians and identity cards, came the search for an appropriate word to better describe the different groups. In Kinyarwanda, Ubwoko refers to race, clan, family, ethnic group, type, or category. There are no distinct words to capture these differences. However, what is certain is that Rwandans before and during colonial times identified Ubwoko with a clan.

These clans originated from various parts of the country and had specific totems. For example, Abazigaba had a leopard for totem, and were found in Nduga, Gisaka, Bwisha, Norway, Mubari, Bufumbira, Rukiga and other places

Rwandans were grouped into different 20 clans called; Abanyiginya, Abega, Abagesera, Ababanda, Abasinga, Abasindi, Abazigaba, Abashambo, Abongera, Abatsobe, Abungura, Abacyaba, Abahinda, Abashingwe, Abasita, Abarihira, Abakono, Abenegitore. Clans are further divided into sub-clans (Amashangya) and the subclass into lineage entities (Umuryango) which are further divided into a nucleus of families and in turn finally culminating into a community or society. The society organization contributed a lot to the unity among the different people and also solving community problems. Especially in pre colonial Rwandan society belonging to a particular clan bore significant importance in status one could assume in society as well as their position in the social hierarchy.

CLANS AND THEIR TOTEMS.

All the clans had totems that were informed of animals. They identified with particular animals.

The clan of Abanyiginya is the clan of the former kings of Rwanda. However, sources provide contradictory information about its origin. Many of them agree that the Rwandan kingdom was founded between the 15th and the 17th centuries. While some internal divisions emerged among the members of the royal house in 1896, the dynasty of Abanyiginya also known as the Nyiginya dynasty, reigned from the time of its foundation until the country become the Republic of Rwanda at the beginning of the 1960s.