Conserving Rhinos  : Rhinos like the rest of the big five animals in the wild are constantly hunted down by humans. Humans in the past would kill these huge mammals for their meat and for prestige hence their position in the big five, however as hunters later discovered the value of the Rhino horns they now mainly hunt the Rhinos for their horns. Though a number of laws have been enforced world wide, this vice of hunting down the Rhinos still continues in many African countries. 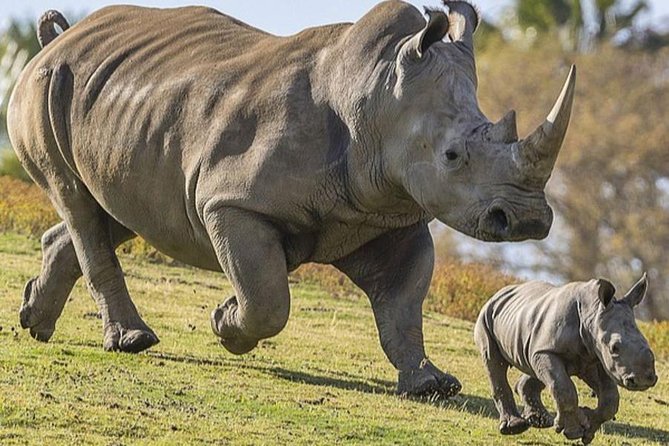 That is why today very few Rhinos exist or survive in the wild, in fact in some parts of the world Rhinos are on the verge of extinction. These mammals are listed on the IUCN Red List Classification as critically endangered especially the black Rhinos, near threatened for the white Rhinos and generally vulnerable for both the white and black across the different habitats, Conserving Rhinos.

Through wildlife and different government policies, Rhino habitats have been protected in some way or another. In Uganda the Rhino Habitat Ziwa Rhino Sanctuary is condoned off with a fence and with positioned security at various points to keep intruders away from the Rhinos. This is the same or similar situation in most countries.

Also this protection helps for the Rhino habitat to not be encroached on by communities living near.

For more that a decade now there has been a ban on the trade of Rhino horns, making the buying and selling of Rhino horns illegal world wide. This ban has significantly reduced the Rhino poaching and killing for horns because of the reduced market; but that said some poachers are still finding ways to sell the horns on the black market hence still hunting down the Rhinos, Conserving Rhinos

This is the famous tourism activity meant to allow people to see the Rhinos in their natural habitat and also help the humans understand and appreciate the Rhinos enough to give them a chance to live. On the Rhino tracking experience you learn more about the rhinos and why they are important to the ecosystem.

Also the monies collected for Rhino tracking are used to go into conservation programs.

Protecting Rhinos comes with a lot of risk, one of the ways to ensure both the lives of the Rhinos and the humans protecting them are safe, is by training and equipping the rangers with knowledge and tactics for defence and survival as they encounter poachers.

With more development, more laws have been enacted that support the protection of Rhinos and with these laws the crack down on poaching has intensified so have the punishments for humans caught in the act of poaching.

Communities staying around the Rhino habitats have also gotten involved in the protection of the Rhinos and their habitats which is a great boost to the Rhino conservation.