Difference Between Gorillas and Chimpanzees 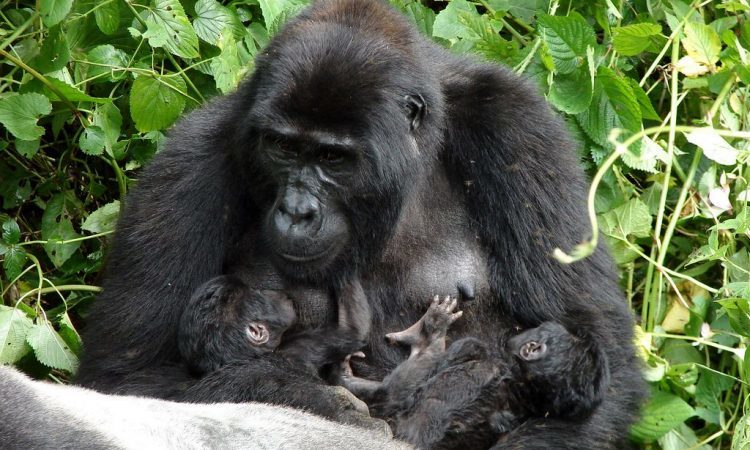 The mountain gorillas are very strong animals, one mountain gorilla can carry heavy things alone and when it fights humans or enemies it can trample the victim causing them fatal injuries or even death. The chimpanzees are not that strong they normally use they intelligence to deal with powerful elements or fight enemies.  This said the gorillas are peaceful animals that rarely start trouble or fight, unlike the chimpanzees, are troublesome and violent species they can easily start trouble and can gang up against rivals to fight till death.

These primates are both social animals, however the chimpanzees are way more social than the gorillas living in communities over 100 individuals, well as gorillas live in smaller groups of not more than 40 individuals.

The mountain gorillas also spend most of their time on the ground unlike the chimpanzees that are normally up in trees though they also move on the ground.

Mountain gorilla groups will have only have one silverback who is the dominant male that leads other females and their off springs with no other males, apart from their male off springs that are also driven out when they become mature enough.  The chimpanzee on the other side normally live in groups with several males that can take on leadership anytime need arises.

Chimpanzees and Mountain gorillas are both known herbivores that feed mainly on leaves and fruits; however the chimpanzees are known to eat smaller animals in some instances making them omnivorous too unlike the gorillas that are only herbivores.