Differences between Gorilla and Chimpanzee

Differences between Gorilla and Chimpanzee : Mountain gorilla trekking and chimpanzee trekking are some of the most sought after tourist activities in Uganda, Rwanda and the Democratic Republic of Congo. These famous primates bring hundreds of people to the three countries every year, people who want to have a chance at glimpsing the famous primates. 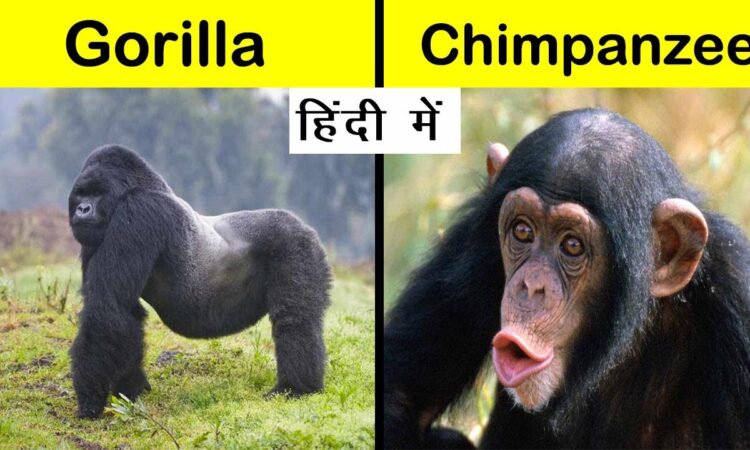 Both gorillas and chimpanzees are apes who share 98% of their DNA with humans, so it’s not surprising that people get to mistake take them for the other most cases. To make it worse, they actually kind of look alike, they are hairy with clear faces, well-formed limbs, live in groups led by males, eat herbs and fruits, nurture young ones the same and they both stay in forests.

With all these similarities is quite easy to say the chimpanzees and gorillas are one and the same.  So to help you distinguish them here are some of the differences between gorillas and chimpanzees.

Though they are both huge primates the gorillas are definitely larger than the chimpanzees. An adult gorilla weighs between 100 to 270 kgs well as an adult chimpanzee weighs between 40 to 70 Kgs.

Mountain gorillas spend most of their time on the ground, compared to chimpanzees that spend a considerable amount of time up on trees.

Gorillas are said to live much longer than the chimpanzees. The average life span of a gorilla is 35 years and that of a chimpanzee is 15 years.

Gorillas live either in mountainous forests for mountain gorillas or in lowland forests for lowland gorillas. Chimpanzees on their other hand live in average land rain forests.

The listed above are the commonest differences between the chimpanzees and gorillas.

For chimpanzees, they can be seen in Nyungwe National Park in Rwanda, Kibale National Park, Kyambura gorge, Budongo forest and Ngamba Island in Uganda. There also chimpanzees in Virunga forest in the Democratic republic of Congo.

You can trek these primates in all these countries throughout the year. Trekking – mountain gorilla trekking or chimpanzee trekking is the activity of walking through the forest either up the mountain on flat group in search of the primates to get to spend an hour in their presence observing them and enjoying their company.

Mountain gorilla treks cost 700 USD in Uganda, 1500 USD in Rwanda and 400 USD in the Democratic Republic of Congo. The chimpanzees’ treks costs on the other hand vary in all the countries.

Plan for an opportunity to see these famous primates in any of the three countries this season. You will be thrilled at the sight of these animals.