Ethnographic Museum in Rwanda  : One of the most interesting and amazing places in Rwanda than visiting the ethnographic museum in Rwanda. This museum was founded in 1873, and it was later destroyed during the world war 11. The people who survived   were put in a permanent home in 1970. This museum has got over 500,000 people from around the globe. Ethnographic museum of Rwanda is also known as Inzu ndangamurage in Kinyarwanda. It is so far the biggest museum in Rwanda compared to other museums found there. It is located in Butare just 35 kilometres from Kigali city centre. The ethnographic museum has a lot of ancient things about Rwanda, traditions and all the historical culture that attract the tourists and hence earn a lot of income which in turn later make the tourists happy yearning to come back again for the same attraction. 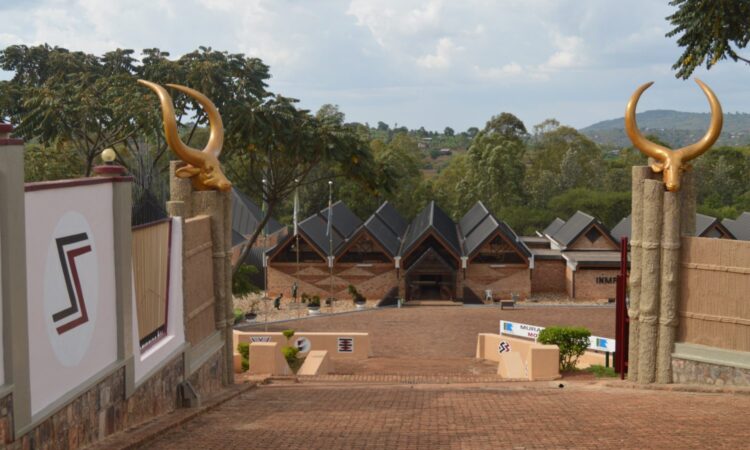 The ethnographic museum was recognized in 1988 by Belgium’s king Baudouin 1 who gave it to Rwanda as a gift. The museum is set on 20 hectares of land that covers indigenous vegetation with the traditional craft training centre. It also covers a land surface of 25000 meters with very many rooms where by every room illustrates people from earliest age to the present time. The museum has very many English books novels, and pamphlets which are on sale. Once you buy these books, they will help you to know more about Rwanda and the museums found there.

Functions of the ethnographic museum

A museum is defined as a collecting centre of the ancient things of Rwanda grandparents. The importance of the museum was to make investigations, protect and make more elaborations about the cultural things, religion, conserve, display, contextualize items relevant to the field of ethnography, well come the students from schools who would like to make research most especially those doing history, geography and art at the same time. In this museum, there were people who used to work there, they did a work of collecting and organizing all the ancient things such as the spears, bones, skulls, horns, to mention but a few. More so they used to tell stories to the visitors, perform cultural dances and make their exhibitions. All these used to make the visitors very happy and enjoying because it acted like entertainment to them hence coming back to the same place to thrill while on Rwanda Safaris

History of the ethnographic museum

Today, the ethnographic museums have been categorized in two different ways, and these are related to the Intangible Cultural Heritage which is also part of the history of early collections. Ethnographic museums can also be called dialogic museums. It is got in the dialogue with those from whom the collections came, forgetting about how they found their home within the museums’ hollow walls. These museums are said to be places of community collaboration in all aspects of their work.

It is said that the beginnings of the ethnographic museum are hidden deep in the history of global expansion. Global expansion has been opened in Europe in the 16th and 17th centuries. The following are the things which were found there; the flora and fauna, fossils and minerals, the indigenous people and cultures. The naves drive to collect and get status for economic superiority, and other reasons took hold and private cabinets of curiosities (wunderkammern) filled with representative examples of new materials brought to Europe from afar were established. The cabinets of curiosities speak a lot of ancient collectors’ preconceptions about the world, and their place in it, then they do about the items they contain (Stanton, 2011). Objects derived from newly found cultural groups, which were seen as an-other, came primarily from so-called primitive societies no matter how sophisticated their social structure. According to Silva and Gordon in  (2013), the  early collections were elaborated as the  “areas  of conservation, research , and exhibition of ancient materials .

” most  of the people in the  private cabinets of curiosity, made  the backbones of the un helpful European national ethnographic museums which was  founded in the 19th century, and these consisted of the  oldest holdings of the Ethnographic Collection of the National Museum of Denmark date to the Danish Royal Kunstkammer  and this was introduced in 17th and 18th  centuries. It consists of ethnographic and archaeological things from non-European natives. The ruler of Russia, Peter the Great, organized many   collections to build the first state museum which was to be staged in St. Petersburg, the Kunstkammer (History of the First Russian Museum) He did all this in the 18th centuries. Initially, this consisted of natural history objects. Thereafter, the separate ethnographic collection was put in place with the specimens from the natives in the 19th century.

This continued till the twentieth century where by very many of ethnographic museums maintained the model established by the cabinets of curiosity; they had no interpretive exhibits with much elaborated information. These collections of well looking objects, were compared to the mid-twentieth century, which were organized by the country of origin. In conclusion, the displays totaled to densely presented open storage. This knowledge was got from the museum’s curators