Explore the Best of Uganda 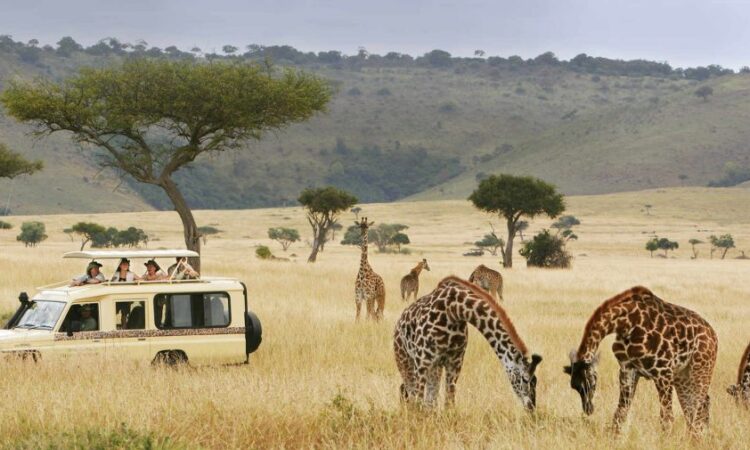 Explore the Best of Uganda: Uganda is located in East Africa bordered by Kenya in the east, Rwanda in the southwest, Tanzania in the south, democratic republic of Congo in the west and South Sudan in the north. Uganda attracts a wide number of people due to its unique, natural and breathtaking attractions including the endangered mountain gorillas, chimpanzees, wildlife including the big five, beautiful scenery, rich and unique  culture, friendly people, crater lakes, mountains, rolling hills among others. You can explore the best of Uganda by visiting different national parks and other tourism destinations including

Murchison falls National Park is the largest national park located in northwestern part of Uganda. The national park is bisected into two the northern sector and the southern sector by the Victoria Nile. When exploring Murchison falls national park you will engage in interesting activities like game drives, guided nature walks, boat cruise, birding, chimpanzee trekking among others where you will be able to view wildlife species including animals like elephants, buffaloes, giraffes, hippos, warthogs, Jacksons hartebeest, bushbucks, waterbucks, crocodiles, primates like chimpanzees, olive baboons, blue monkeys,  red tailed monkeys, birds including the rare shoebill stork, white thighed ground hornbill among others.

Kibale national park is located in western Uganda and its known as the primate capital because it harbors about 13 primates including chimpanzees, grey cheeked mangabey, red tailed monkeys, vervet monkeys, olive baboons, l’hoest monkeys among others. During your safari in Kibale national park you will engage in chimpanzee trekking or chimpanzee habituation experience where you will watch them feeding, breastfeeding, playing, grooming each other among others.

Lake Mburo national park is one of smallest national park located in western Uganda and its know for harboring wildlife species including animals like zebras, leopards, elands, impalas, buffaloes, waterbucks, Oribi, Topi, bushbucks, warthogs, giraffes, hippos, crocodiles, different bird species among others. Wildlife species in the park can be viewed during the day and night game drives, boat cruise, nature walk, horse riding among others. Visitors who have a short period of time in Uganda should go on a safari in Lake Mburo national park because it’s one of the easily accessed national parks.

You can explore the best of Uganda by touring Kampala the capital city of Uganda where you will visit tourist attractions like Gadaffi mosque which is the largest mosque in Uganda, visit Kabakas palace in Mengo, Kasubi tombs which is an important tourism site where the former Buganda kings were buried, visit Bahai temple, Uganda martyrs shrine in Namugongo where Christians were burnt alive on the orders of Kabaka Mwanga who was the king of Buganda because of their refusal to denounce Christianity, visit Namirembe Cathedral, Owino market, craft markets, Uganda national museum which showcases the cultural heritage, historical milestones, artifacts like music instruments, hunting tools, visit Ndere cultural centre which showcases the cultural heritage of all tribes in Uganda through music, dance and drama.

You can explore the best of Uganda by visiting Jinja in eastern Uganda which offers a number of activities like White water rafting, Bungee jumping, Jet boating,  Kayaking, Horse riding, Quad biking, visit the source of the Nile for canoeing.

Lake Bunyonyi is the deepest freshwater lake in Uganda and the second deepest lake in Africa after Lake Tanganyika in Tanzania. The lake is located in southwestern Uganda in Kabale district and it’s known for harboring 29 islands which will be explored during canoeing with a dugout canoe. During your safari in Lake Bunyonyi you will also participate in birding, swimming because Lake Bunyonyi the lake is free from bilharzias and dangerous animals, nature walks, community tour among others.

When to explore the best of Uganda

Uganda is an ideal tourism destination that can be explored anytime throughout the year though the best period is during the dry season in the months of June to October and December to February, during the dry season there is less rainfall in the national parks therefore vegetation will be less which gives you an opportunity to clearly view  animals, access roads to the protected areas will also be passable, gorilla trekking and nature walk trails will be dry and passable compared to the wet season when the walking trails are muddy and slippery. You can also explore Uganda during the wet season in the months of November, March to April because that’s the best time for bird watching where you will be able to view migratory bird species from Europe.

During your safari in Uganda you will participate in an adventurous gorilla trekking activity where you will be able to spend one hour with the mountain gorillas in their natural habitat, gorilla habituation experience, chimpanzee trekking, chimpanzee habituation experience, golden monkey trekking, wildlife viewing in savannah national parks, mountain climbing, boat cruise, birding, nature walks among others.