Facts About Virunga Mountains : Virunga National Park is a national park in the Albertine Rift Valley in the eastern part of the Democratic Republic of the Congo. It was created in 1925 and is among the first protected areas in Africa. In elevation, it ranges from 680 m (2,230 ft) in the Semliki River valley to 5,109 m (16,762 ft) in the Rwenzori Mountains. From north to south it extends approximately 300 km (190 mi), largely along the international borders with Uganda and Rwanda in the east.[2] It covers an area of 8,090 km2 (3,120 sq mi). 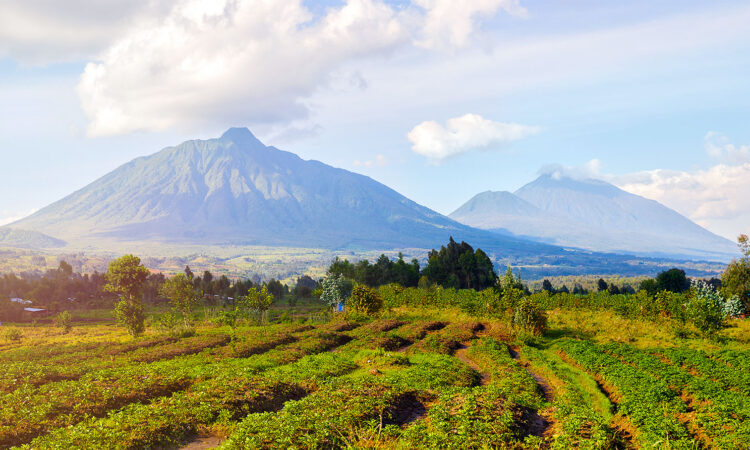 Virunga National Park is a UNESCO World Heritage Site located in the east of the Democratic Republic of Congo. Virunga is the continent’s most biologically diverse protected area and a national park embarking on an ambitious development programme known as the “Virunga Alliance”.

The Park abounds with breathtaking sights – dense jungles, vast bubbling lava lakes, wide savannah plains and glacier-clad mountains. Designated as a UNESCO World Heritage Site in 1979, a visit to Virunga is an experience unlike any other. For those seeking to encounter exceptional wildlife and landscapes, Virunga offers an unparalleled experience thus Facts About Virunga Mountains.

Situated in a region which has been deeply impacted by the effects of war and armed conflict for over 20 years, Virunga is currently protected by a dedicated team of 689 Rangers. These local men and women go through intensive training, risking their lives on a daily basis to safeguard the Park’s exceptional wildlife, including the last of the world’s endangered mountain gorillas.

Two active volcanoes are located in the park, Mount Nyiragongo and Nyamuragira.

They have significantly shaped the national park’s diverse habitats and wildlife. More than 3,000 faunal and floral species have been recorded, of which more than 300 are endemic to the Albertine Rift including eastern gorilla (Gorilla beringei) and golden monkey (Cercopithecus kandti).

In 1979, the National Park was listed as a UNESCO World Heritage Site because of its rich diversity of habitats, exceptional biodiversity and endemism, and its protection of rare mountain gorilla habitat.

It has been listed in the List of World Heritage in Danger since 1994 because of civil unrest and the increase of human presence in the region.

Alongside this essential conservation work, the Park is committed to supporting local communities. Virunga has a vision for responsibly harnessing the Park’s natural resources to create new opportunities for the four million people that live within a day’s walk of its borders.

This park is one of the ones with many of the active volcanoes in East Africa However the pick of the bunch is the infamous Mount Nyiragongo which is one of the world’s most active volcanoes. This active stratovolcano standing at 3470m has erupted several times with the last eruption in 2021 causing global headlines. This mountain has a crater rabbit 2 kilometres in diameter which forms a lava lake during the rainy season

The variety of altitudes, soils and rainfall produces very diverse habitats, comprising lakes, marshy deltas and peatbogs, grasslands and wooded savanna, lava-plains, transition forest, montane rainforest, bamboo forest and high-altitude areas with Hagenia, Lobelia, Dendroscenecio, Erica and Philippia and, finally, glaciers and snow-fields. A significant portion of the Semliki Forest, shared with Uganda, occurs within the park, where it is known locally as the Watalinga forest.

It is located within the pristine  national park a home to one of nature’s most endangered species “the mountain gorilla.

ANIMALS IN THE PARK AND ACTIVITIES DONE.

Of the few remaining places left in the world to see endangered mountain gorillas, Virunga National Park stands as the most unique. Living peacefully on the forested slopes of the Park’s volcanoes, mountain gorillas are highly intelligent, good natured, and fascinating to observe. An encounter with Virunga’s mountain gorillas is an experience that will leave you awestruck and forever changed.

.More species have been identified and it is estimated that the actual number may be higher making Virunga National Park one of the richest protected areas for mammals in the world. About half of DR Congo’s mammal species occur in the park which covers about 0.3 % of the country’s surface. The park is renowned for its population of the endangered Gorilla gorilla beringei thus Facts About Virunga Mountains

Mountain gorillas Gorilla gorilla beringei (CR) live on the slopes of the Virunga Mountains where transboundary cooperation and tourist revenue have ensured their protection. Out of a total mountain gorilla population of 630 animals, about 140 were recorded there in 1980 and 279 in 1986 (Verschuren, 1988). Between 1989 and 2001 their numbers increased from 320 to 355 owing to efficient patrolling (IUCN, 2001). In 2003 a survey by most of the agencies closely concerned with the mountain gorilla populations in Rwanda, the DRC and Uganda determined that there were 380 animals present (Fauna & Flora, 2004), and by 2009 there were 420, 213 of them in the Mikeno area in the World Heritage site (Nelleman et al., 2009; Wildlife Direct, 2009). About 20 eastern lowland gorillas Gorilla g.graueri (EN) live on Mount Tshiaberimu northwest of the lake, threatened by illegal farmers and tree fellers (Gorilla Org., 2007). Populations of eastern chimpanzees Pan troglodytes schweinfurthii (EN) exist in the Watalinga forest in Rwenzori National Park (645 in 2005; CMS/GRASP) and in southern parts of the Park (578 in 2005; Plumtre) and some 30-40 in the southern lava field forest of Tongo. There are three species of pangolin, giant ground pangolin Smutsia gigantea, African white-bellied Phataginus tricuspis and black-bellied Uromanis tetradactyla and populations of the near-threatened okapi Okapia johnstoni, topi Damaliscus lunatus and eastern bongoTragelaphus e. euryceros.

109 species of reptile and 78 amphibians have been recorded. The monitor lizard Varanus niloticus and snakes are common, including python Python sebae, puff adder Bitis arietans, blacknecked cobra Naja nigricollis, and green mamba Dendroaspis jamesoni (Delvingt et al., 1990). Crocodiles Crocodylus niloticus have recently have returned to the upper Semliki river. Lake Edward is shallow and its fish fauna is impoverished, but it has many cichlid species, and it is quite rich in invertebrates. The loss of more than 30,000 hippopotamus in the past few decades has resulted in a reduced fish catch, since the lake is no longer receiving the hundreds of tons of nutrients which they used to contribute every day (WWF, 2003).

Due to this great wildlife concentration, Virunga has multiple activities that can be done by tourists These include birdwatching, game drives, gorilla tracking, mountain climbing, among others.