Holiday Safari Destinations : Ever dreamt of spending time in the wilderness? You have heard stories about the big 5, the bird sounds and the vast yet beautiful sights of each safari destination. In your mind, you are probably wondering where to start but hey! Just buckle up, we’ve got you for all your holiday safari destinations through Kenya, Uganda and Rwanda. All you need to do is read all the way down. 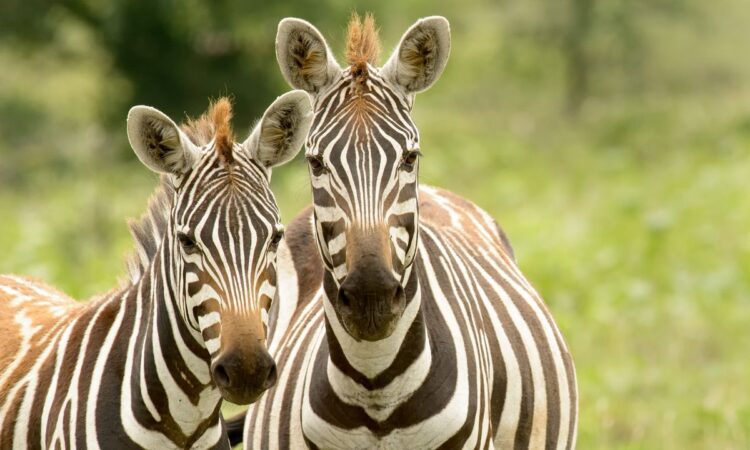 Each of the three countries is without doubt a gem. They are all locked in the beauty of wilderness, the national parks are filled with glory and basking in fascinating cultures. You can rest assured that a visit to either Kenya, Uganda or Rwanda will leave you hungry for more.

Kenya is one of the wildlife hubs of the world famous for Masai Mara, Amboseli, Lake Nakuru and more all filled with wildlife glory. Uganda and Rwanda both are very famous for the endangered mountain gorillas and the golden monkeys and both like Kenya are not left without a wildlife experience to crave for thus Holiday Safari Destinations.

Safaris can be done all year round in all three countries thanks to the beautiful weather but tourists prefer a safari during holidays. The holidays provide a longer period for a person to enjoy their safari without having to think about work, school or anything else away from the trip. The most famous holidays that tourists take advantage happen between the months of November and February and include the thanksgiving(25th November) week, Christmas holidays in December, the New year’s week in January and the week leading up to Valentine’s day on 14th February.

Top Safaris between November and February.

The big 5 safari in Rwanda.

Done exclusively in Akagera National Park in the Eastern part of the country, the big 5 safari in Rwanda will give you in totality, what a true African safari is all about. Akagera hosts big numbers of the lion, elephant, buffalo, rhino and the leopard. On your Rwanda safari, you will also see other wildlife like the zebra, hyenas, various species of the antelope, the giraffe and primate species like the vervet monkeys and olive baboons. The park is also home to about 500 species of birds including the giant kingfisher, the shoebill, African Open bill stock and the papyrus gonolek among many others.

The best time to search for the big five is in the early morning, usually achieved by doing game drives. This is so because these animals prefer to hunt in the early morning or late night as a measure to avoid the sun. Game drives are done in safari vehicles provided by the different tour operators.

At Akagera, you can also participate in bird watching during a game drive, a nature walk or a boat ride. As the park is home to about 500 bird species, it is one of the best birding sites in the country. A scheduled boat ride on Lake Ihema located south of the park will give you a chance to see the animals that are hiding under the shade and various water birds and animals like the crocodiles and hippopotamuses.

Other activities at Akagera National Park include booked sport fishing at Lake Shakani also located in the park and a cultural tour to the cattle keeping communities near the park.

Rwanda boasts of about 15 primate species, the famous being the mountain gorillas exclusively found in Volcanoes National Park. The Park is home to 10 mountain gorilla families making Rwanda the second largest holder of these primates after Uganda but with the easiest mountain gorilla trekking trail on the continent, Rwanda is an all-age favourite for the activity.

Mountain gorilla trekking starts at 7 am with a briefing and dividing the tourists into groups of eight. Each group is then assigned a guide and a gorilla family to trek. The guides spearhead the trekking activity, leading the trekkers into the depths of the forest until their assigned gorilla family is found 2-6 hours later. When the primates are found, tourists are allowed an hour with them. A gorilla trekking permit in Rwanda goes for $1500 purchased exclusively at Rwanda Development Board and is for persons 15 years and above.

Volcanoes national Park is also one of two parks where golden monkey trekking can be done in Rwanda. The other is Gishwati forest. At $100, you will be able to trek these endangered primates at either the slopes of mountain Karisimbi or in the bamboo forest on mountain Sabinyo.  You can also choose to hike mountain Karisimbi, Sabinyo or mountain Bisoke which is the most hiked of the Virunga mountains found in the park as part of your primate experience.

Other primates in Rwanda are the colobus monkeys, owl faced monkeys, blue monkeys, Dent’s monkeys and vervets which are found mainly in Nyungwe, Akagera and Volcanoes National Parks as well.

Uganda is home to more than half of the remaining population of mountain gorillas in the world in two national parks. Bwindi Impenetrable Forest has approximately 400 inhabited gorillas with 12 families and Mgahinga National Park has one family of these primates. Unlike Rwanda, the gorilla trekking trails in Uganda are rough especially in Bwindi but permits are cheaper- they go for $700 per person sold only at the Uganda Wildlife Authority thus Holiday Safari Destinations.

Trekking in both parks begins at 7 am with briefing about the trekking expectations, dividing the trekkers into groups of 8. And like in Rwanda, the trekkers spend 1 hour with the primates once found.

During you mountain gorilla experience in Bwindi, you will probably spot any of the other 13 primates in the park like the red tail monkeys, the galago species, the blue monkeys among others. Animals like snakes, butterflies and activities like birdwatching are also at your disposal.

Mgahinga offers a unique golden monkey experience besides gorilla trekking as well as a hiking experience. You can summit either Mountain Sabinyo, Gahinga or Mountain Muhavura all with views into the Democratic Republic of Congo or Rwanda.

Both parks offer you a cultural experience of the Batwa, the first inhabitants of the forests.

Another remarkable wildlife safari for your holiday is at Kibale National Park, the primate hub of the world. The most famous activity at the forest is chimpanzee trekking as 1500 chimpanzees call Kibale home. As it is for gorilla trekking, children below 15 years are not allowed for the activity, trekking begins as early as 7 am and a chimpanzee trekking permit ($200) acquired from the forest is required. Rest assured that the trekking experience will also leave you with views of various wildlife like the buffaloes, antelopes and elephants plus 13 other primate species like the baboons, red tail and red colobus monkeys among others alongside the chimpanzees.

The park has the biggest population of the Tanzanian cheetahs, Masai lions and the leopards. You will also see the African elephant, antelopes, gazelles and you guessed right- countless birds of different species. And how about a hot air balloon experience in the wild for an aerial view? Or a cultural tour with the indigenous tribe of the Masai?

This is the best place to see some of the largest elephant herds on the continent up close. Amboseli also is one of the best places for game viewing because of the open plains she possesses and more to the park is Montain Kilimanjaro in the background. How about the famous Masai tribe? A cultural tour with them would seal your trip.

Both Amboseli and Masai Mara, though excellent and filled with wildlife are more than 250km from Nairobi. Kenya offers a smaller but a bit similar wildlife experience in the Nairobi National Park just in the capital!

Are you on a fixed budget or a quick safari? The best and quickest option in Kenya is Lake Nakuru National Park known for its occasional flamingo flocks and huge rhinoceros population. The park is just 5km south of Nakuru city centre, northwest of Nairobi.