How long do mountain gorillas live 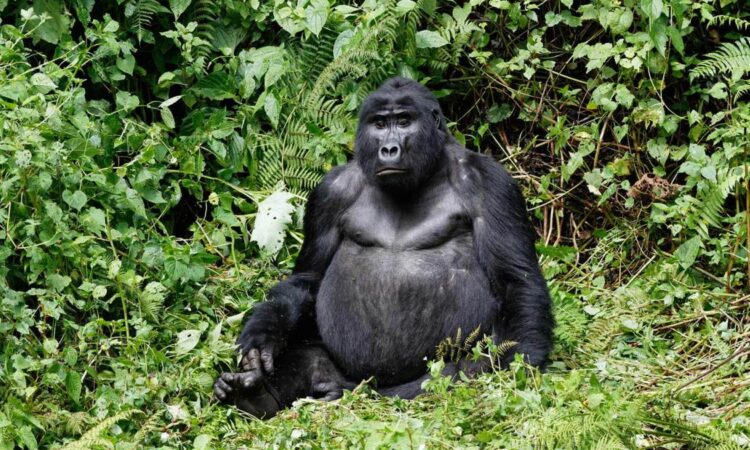 Over the years, tourists have increasingly visited these three countries to catch a glimpse of these huge apes. People that visit these gorillas go on mountain gorilla trekking escapades, where they take a climb through the forests up high to where the mountain gorillas are. When they find the gorillas they spend an hour with them and then depart the forest.

These apes are quite amazing to look at, they are entertaining but also the fact that they share about 98% of their DNA with human its very intriguing to watch them get around their day to day activities like eating, caring for each other, playing around, using different tools among other things.

The question though is since the mountain gorillas are like humans, do they live as long as humans?

Well, the answer is not really, though they live for quite a long time most of them will die at 35 years or slightly above 35 years with the female mountain gorillas living longer than the male. There has been a few gorilla outliers who have lived up to 40 or 50 but at 35 years the gorillas will has definite signs of old age and may actually be frail. As mountain gorillas approach and get to the age of 35, they become prone to several diseases like arthritis which greatly damages the animals’ limbs in turn affecting their movements. Other diseases they suffer may include periodontitis that causes the animals to lose their teeth affecting their ability to eat. They are also less energetic at this age.

When mountain gorillas start to age, they others in their groups or families that are still younger or energetic, will work around the aged to make sure they are not left behind and are looked after. The health and strong now protect and care for the old and frail until the point of death, where the old may move away from the group to die along or left alone by the others to die. This is the typical life span of mountain gorillas living in their natural habitats.

However sometimes mountain gorillas may not live up to 35 years because of external factors like sickness, predators and habitat destruction. Especially the young gorillas, they are prone to diseases and sometimes those diseases are fatal. The diseases that affect mountain gorillas are the same diseases that affect humans and the include but not limited to:- tuberculosis bacillus poliovirus, hepatitis A and worms especially tapeworms.

The main predators for mountain gorillas are the humans who poach the animals for their meat and traditional rituals. Other predators are the leopards. Habitat destruction is mainly caused by human activities and some natural disasters.

Mountain gorilla trekking happens all through the year in Uganda, Rwanda and the Democratic Republic of Congo at a cost of 700 USD, 1500 USD and 400 USD for gorilla trekking permits respectively.