Hutus and Tusis in Rwanda who were the genocide against the Tutsi, this was the mass slaughter of Tutsi in Rwanda during the Rwandan civil war, the war started in 1990.the government of Hutu who directed the genocide during the 100 day period from 7 April to mid July of 1994.about 500,000 to 1,000,000 were killed, it estimated 70% of the Tutsi population, 30% of which were Pygmy Batwa who were killed. 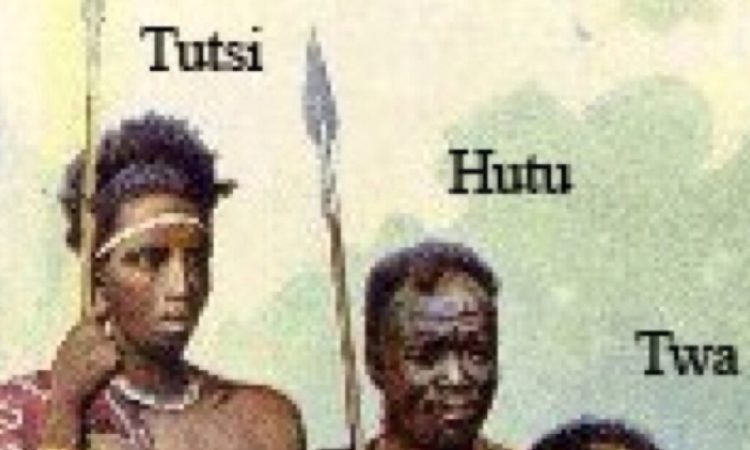 The genocide war ended after Tutsi backed and heavily armed Rwandan patriotic front, this was led by Paul Kagame, who is currently the president of Rwanda, he took control of the country.

The core Hutu political elite planned the genocide, who occupied the positions at the top levels of the national government.

Genocide took place in the Rwandan Civil war, the conflict started in the 1990 between the Hutu who were led by Rwandan Patriotic Front.

The genocide was for Tutsi refugees who families had fled to Uganda after 1959 Hutu revolt against colonial rule.

The Hutu violated against the RPF and Tutsi , this followed the Rwanda independence in 1962.

Tutsis were non-christian, the Tutsi monarchy and enslaving the Hutus. Hutu reacted to the prospect with extreme opposition. During the genocide a number of machetes who were imported into Rwanda increased.

There was an aero plane that carried Habyarimana and Burundian president of that period of genocide president Cyprien Ntaryamira who was shot down as he was entering into Kigali. The aero plan was above the Habyariman’s  house. During the attack one person is recorded to have died however survived and died soon after en-route to the hospital. The assassination of the Habyariman ended the peace records.

There was screening all holders of the national ID OF Rwanda citizens that contained ethnic classifications.

There was recruitment and pressure of Hutu civilians to arm themselves with machetes, blut, clubs, objects and weapons they encouraged them to rape women, kill Tutsi and also destroy their belongings.

However the Rwanda Patriotic front seized control of power in the north part of Kigali for about 100 days later in mid-July, this came to an end of genocide.

The United Nations and other countries including Belgium, United States, and United Kingdom were critical for their inaction and failure to strength peace. In record it reveled that the government of France had a hand in supporting the Hutu government after the genocide had started.

The genocide lasted and profound effects on Rwanda and its neighbors, the use of rape as a weapon of war caused a high rise of HIV infection in the country including babies who were born to mothers that were infected during the rapes. Due to the number of death a number of households were headed by widows   and orphaned children.

There was destruction of infrastructure and depopulation of the country that crippled the economy of Rwanda, the government achieved rapid economy growth that stabilized.

The military victory of Rwanda patriotic dominated the government where many Hutu flee to the neighboring countries for safety.

Hutu refugees entered the eastern side of Zaire. The genocide regrouped in camps along the border with Rwanda.

ORIGINS OF HUTU,TUTSI AND TWA

The Twa were the earliest inhabitants of Rwanda, a group of pygmy hunters between 8000 BC and 3000 BC.

The Bantu grouped migrate into Rwanda; this cleared the forest land as a away to gain agriculture.

The first settlers of Bantu in Rwanda were the Hutu, while the Tutsi migrated later and formed a distinct racial group the Cushitic origin.

The migration is very slow and steady from neighboring regions, with incoming groups that bear high genetic similarity to the established.

The kingdom of Rwanda is ruled by the Tutsi Nyiginya clan, this became a dominant kingdom, however it became dominant kingdom from the mid-eighteenth century, and this expanded through a process of conquest.

Rwabugiri expanded the kingdom north and west this caused a rift to grow between the Hutu and Tutsi populations.

Rwanda and neighboring countries signed the Berlin conference of 1884, established the presence in the country in 1897 with formation of alliance with the king.

Germany policy rule through the Rwanda monarchy, the system added a big number of benefits to enables’ colonization with small European troop numbers.

Colonization favored the Tutsi over the Hutu when assigning the administrative roles, they believed in migrates from Ethiopia and racially superior.

Germans were welcomed by Rwanda King; they used their military to widen the rule.

During the World War 1, Belgian forces took control of Burundi and Rwanda; the policy began in 1926 in order to direct the colonial rule.

Tutsi supreme, stayed for so long, leaving the Hutu. Belgium came up with an idea of individual Identity as Twa, Hutu or Tutsi. Wealthy Hutu became honorary Tutsi; the introduction of Identity cards prevented the movement in the groups.

Hutu-Tutsi relations after independence, after world war 11, The Hutu movement began to grow in Rwanda.

Monarchy and Tutsi sensed the growing influence of the Hutu this began for immediate independence.

There was a statistical law which was based on document label the Hutu and Tutsi as separate race.

In 1959 of November Chief Dominique Mbonyumutwa, was attacked close to his home in Byimana. However rumors has it that he survived, and after the rumors spreading that he had been killed.

The Hutu always responded by killing, both elite and civilians this marked the beginning of the Rwanda Revolution.

Tutsi responded with attacks of their own, the Hutu backed from the Belgian; he wanted to administer who wanted to overturn the Tutsi domination.

1960, Belgians interchanged the chiefs with Hutu and organized mi-year commune elections which returned the majority of Hutu.

The country became independent in 1962,Tutsi began leaving the country to escape the Hutu purges, settling in the four neighboring countries ,Tanzania, Uganda, Burundi and Zaire.

Exiles, unlike the Banyarwanda, who migrated during the pre-colonial and colonial era, were refugees host countries, beginning immediate for a return to Rwanda.

They formed armed groups which are known as Inyenzi in local language (Cockroaches) they launched attacks into Rwanda .they were unsuccessful, which led to the further killing of Tutsi exiles.

A number of Tutsi in 1964 fled and forced to remain in exile for three decades. The Hutu kept on being discrimination this continued in Rwanda.

There was no agreement on the exactly date which to idea of the final solution to kill every Tutsi in Rwanda was mooted. However in 1992Habyarimana began to negotiate with the Rwandan Patriotic front. In 1990 the army began arming civilians with weapons such as machetes and training the Hutu youth in combat this was a program of civil defense the weapons were used to carry out genocide.

Rwanda purchased large numbers of grenades from late 1990.Rwandan Armed Forces expanded in  a small period of time ,growing  from less than 10,000 troops lost to  30,000 in one year.