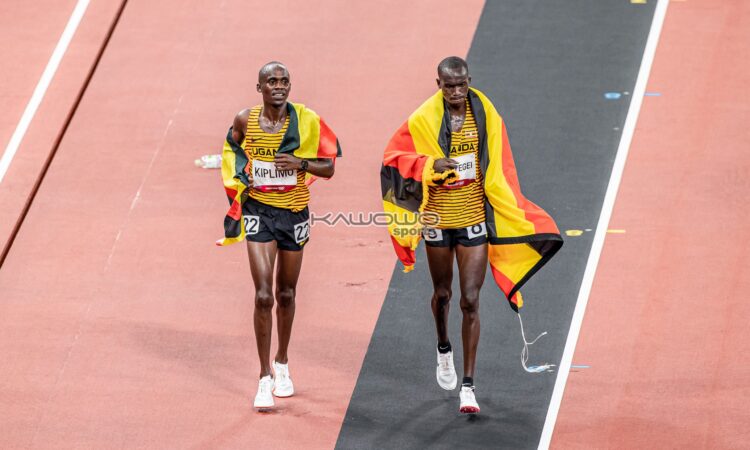 The Tokyo 2020 games were supposed to take place last year 2020 but were halted because of the covid-19 pandemic. They are now happening under strict covid-19 standard operating procedures to prevent the spread of the disease among the several sportsmen and women.

Joshua Cheptegei a world champion and record holder 5000m and 10000m got the silver medal after coming in second a few seconds behind the gold winner Selemon Barega of Ethiopia and Jacob Kiplimo came in a few seconds after Joshua Cheptegei wining the bronze medal. The race also has another Ugandan Stephen Kissa who was also part of this historic race.

Joshua Cheptegei and Jacob Kiplimo are part of the team of many sportsmen and women representing Uganda in the Tokyo 2020 games. Their performance on Friday guarantees the two slots in the next race and our hope is that they will continue flying the Ugandan flag high.

Team Uganda female athletes Winnie Nanyondo and Halima Nakayi also managed to progress to the semi-finals of the women’s 800m race. Other Ugandans in the different games have also been performing well and we are keeping our hopes high for more medals.

The country is home to over 1000 mammal species including the big five animals’ lions, leopards, rhinos, buffaloes and elephants, together with other animals like the zebras, antelopes, cheetahs, elands, topis, Uganda kob, impalas, antelopes etc. The mammals also include other primates like the chimpanzees, monkeys and many more. Uganda also harbours numerous bird species including the endemic albertine birds, shoe bill stork, African eagle birds among others.

These are just but a few of the great features that complement the country’s beauty.