Kampala City is the largest town in Uganda the pearl of Africa and acts as the main business center in the country with top Government offices located at its center. It is referred to as the green city of the sun by many authors; this is so, because of the green trees in the city together with the bright sun throughout the year. Also, the region in which Kampala city of found is one of the agriculture areas in Uganda, this, perhaps, is another reason for the different writers to refer to Kampala city as the green city on the sun. Kampala for many years has been the meeting center for farmers from different areas of the country that wish to sell their agricultural products such as coffee, cotton, tea, tobacco, and sugarcane among others. 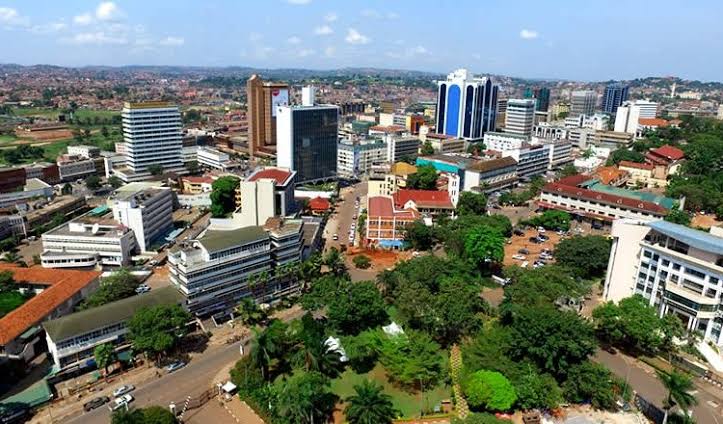 Kampala capital city is located in the most attractive part of Uganda the pearl of Africa. Kampala city sits on seven hills and it is raised about 3900 feet above sea level. Kampala city is also the most accessible area of the country for the people who would wish to use Lake Victoria to reach the country. Kampala city is situated north of Lake Victoria and it is taking to be with in the Lake Victoria basin region. The interest of Kampala by the colonial masters is linked to the fact that the city is located near mengo, which was then the capital of the Buganda kingdom, in the 19th century. Buganda being a British protectorate, it was so easy for them to control all their interests from Kampala since it was the business center for the whole country. Fredrick lugard made Kampala the capital city of Uganda in 1890 and made the headquarters of the imperial British East African company to be situated within the heart of Kampala city, at the currently known old Kampala hill. However, the colonialists moved the headquarters to Entebbe after the construction of the airport in 1905. Kampala capital city officially became the independent capital city of independent Uganda in 1962.

Currently, Uganda is the major administrative and commercial city of Uganda; it is where the parliament of Uganda is located, there are also other commercial buildings like banks and markets among others. Kampala capital city is also a stop trade center for all the business in Uganda and the best center where you can get all the service care you can ever want while in Uganda. Kampala city is also the most developed city in Uganda with a lot of hospitals, fine road networks, banks recreation centers, churches, recreation parks among others. Also the best education institutes are found in Kampala capital cities such as universities like Makerere, colleges and others. To note, Kampala capital city is also one of the most growing areas of Uganda and east Africa as a whole.

The climate of Kampala capital city

However, the heavy rain in Kampala capital city is experienced in the months of March, April, and May, plus November. The other months are dry and others might not receive any rain fall; the dry season in Kampala is experienced from January through February and July. You should know that the rainy season in Kampala city can be really problematic, especially when you are in the downtown of the city center, the water increases and sometimes makes the roads blocked. Therefore, it is important to understand the weather of Kampala capital city in order to enjoy the city tour. Also, the rain season in Kampala city might come along with load sheds in the city and also a scarcity of pipe water among others.

Why should you visit Kampala capital city of Uganda

Kampala capital city of Uganda is also a tourism center because it holds the most famous chain hotels in Africa and the other parts of the world, for example, Sheraton Kampala hotel, the Serena hotel Kampala, protea Marriott hotel among others. There are also other places you might love to visit in order to sink deeper into the knowledge of Uganda the pearl of Africa and its people plus culture. Kampala capital city should be your first tourism stop center before you head to the west for the wild safaris in the wilderness. There are a number of interesting sites for you to visit during your visit to Kampala capital city of Uganda.

The Uganda Museum is the one of the places that the tourists in Uganda love to visit in Kampala capital city. The Uganda museum can be you first step to understanding Uganda; the information about Uganda’s past is presented in a chronological way with in the Uganda museum. The history of Uganda is represented in sculptures, monuments, hand drawings, and others are real antiquities from way back before the development of Uganda like the hoes of the iron stone age, the first car in Uganda, first gun, among others, the Uganda museum is the easiest way to travel back and forth the history lane about the development of Uganda, modernization and civilization.

The Uganda national mosque is also another place of interest that most visitors never want to miss during their visit to Uganda the pearl of Africa. The Uganda national a mosque was formerly known as the Gadhafi mosque because it was a gift given to the Muslim community of Uganda by the late. Col. Muamar Gadhafi, who once the president of Libya. The visit to the Gadhafi mosque offers you an opportunity to see the Arial view of the city center from the mosques arch. The visit to the national mosque of Uganda offers you a chance to learn a lot about the Muslim religion.

You can also visit the religious places such as Rubaga cathedral, namirembe church of Uganda, the Bahai temple, the namugongo catholic shrine among other temples for different religious sects. A visit to the different religious centers in Kampala capital city grants you an opportunity to dive into the belief of Uganda which is a stronghold for the culture of the people living in the city.

In a synopsis, visiting Kampala capital city should be a must done on your list of things to do during your Ugandan safari. A stroll around the major hills of Kampala will expose you to a great new experience of a city tour; a tour around Kampala is a chance for you to see a lot of interesting things and also learn a lot about the culture of Uganda and Africa as a whole.