Karisoke research center is located in Volcanoes National Park which is in Rwanda, established by Dian Fossey on the 24th September 1967; the center was created to study the life of mountain Gorillas. 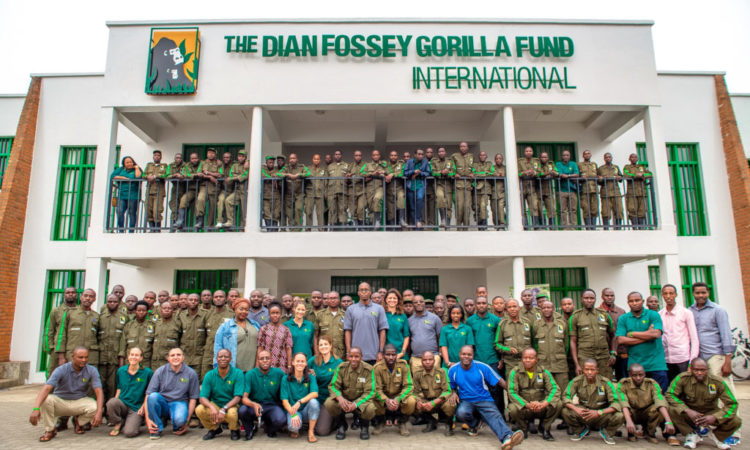 Rwanda, Virunga volcanic mountain is located between Mount Bisoke and Mount Karisimbi the name Karisoke was combined out of the two Mountains.

Karisoke later on moved its headquarters to a modern facility in Musanze.

Since then 45 years have passed and there 480 mountain Gorillas inhabiting the virunga mountains.

During the time when there was war in Rwanda the Karisoke research center when a number of staff who were working at the center became refugees in Democratic Republican of Congo.

Karisoke trackers lost their homes and possessions in war, the family members some were murdered and imprisoned when they were returning to their home.

The center was destroyed three times, and rebuilt two times; this was when it was relocate to Musanze.

Mountain Gorillas survived the war years in good condition, this increased in number of snares which was set for poachers.

Karisoke research center continues to operate even in the absence of Dian Fosse.

Karisoke research center is one of the world’s best projects to study the survival of endangered mountain Gorillas and their critical habitat. Due to this conservation the mountain Gorillas of the Virungas are the great ape species and have increased in number.

Karisoke protects and monitors the mountain Gorillas, since its establishment in the 1967 when there were numerous research projects, development centers producing an unparalleled amount of information.

Karisoke has helped economically for the people who live near the Gorillas, it has employed more than 200 staff members, with great  majority of which many are Rwanda’s.

Mountain Gorillas are engaged in biodiversity research center, health, education. Fossey supports has helped in renovating schools and health clinic which are near the park in order to support the local people in the area.