Karuma wildlife reserve is situated in the western side of Uganda. Karuma stands at an elevation of  902 meters, its 32 feet above sea level .The wildlife  Reserve stands out roaring Karuma waterfalls which is breath taking standing on Victoria Nile, this is the attraction to enjoy the a safari in Uganda. 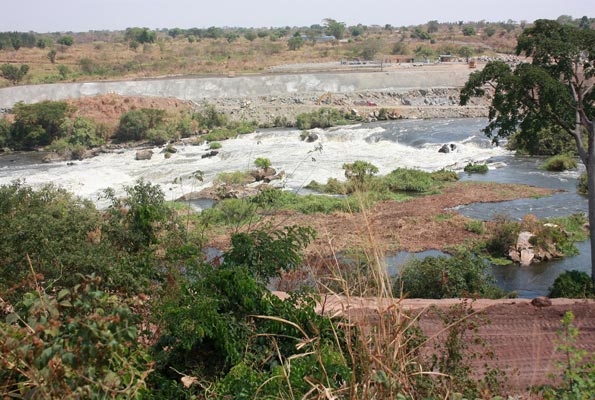 The waterfalls are situated not far from Murchison Falls National Park, Uganda’s largest and oldest National park this is located along the Eastern edge of the National.

Waterfalls are situated   not far from Murchison Falls National Park-which is the largest and oldest area along Eastern edge of the National park it takes 1 hour drive from Gulu district.

The word Karuma is derived from a local word which means a powerful traditional spirit, this is the waterfall acquired the name.

Travelling to Northern Uganda one is not hesitated but impressed by breathtaking appearance and sounds of roaring waterfalls.

The reserve was established to act as a buffer zone this was between, Murchison falls National Park and unconserved areas.

Karuma Wildlife Reserve lost protection against wildlife intrusion from the National park; this surrounds areas that look to be a buffer for the park against human pressure.

However Karuma wildlife Reserve has lost the protection against wildlife intrusion from National park, with areas for the park against human population pressure instead.

The encroaches of the local community into wildlife reserve. The refugee settlement in Kiryandongo more than 8000 people are relocated to extreme impediment away from tourism resources of wildlife Reserve.

Karuma wildlife Reserve lies in Kiryandongo district, the area is a home for large animals including Hippos, Elephants, Buffaloes and other small wildlife species.

Wildlife and bird species within the wildlife reserve, the area is also a roaring falls on Victoria Nile which is perfect for sightseeing.

The falls are nearby the powerful Murchison falls, where one can enjoy the greatest waterfalls in Uganda.

There are number of accommodation facilities  near the falls of wildlife reserve.

Wildlife Reserve is located on Masindi –Gulu highway that crosses the Nile River at about 110 Kilometers, drive North-west wards from Masindi Town and 70 Kilometers 43 miles drive south from Gulu town.