Kings Palace Museum-Rukari is located approximately 2km southwest of the town; it’s an amazing experience which is about ancient history about royal residences. 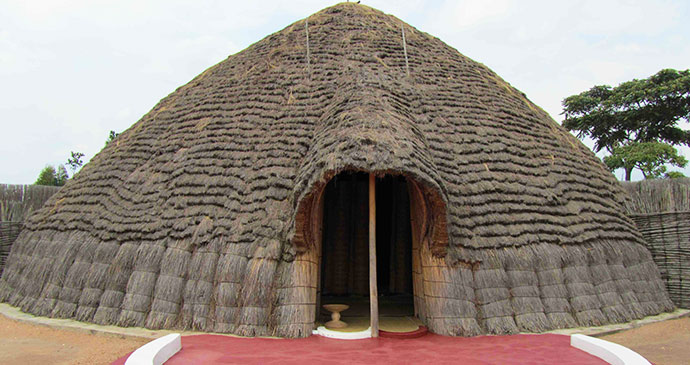 The ticket includes a guided tour which explains the architectural idiosyncrasies inside the royal compound; this includes a royal beer brewer’s hut which leads to entrance without a lip .the woman who was in charge of the Kings mil however she never married.

Inyambo the with their super-sized horns, the span is between the horn tip and horn tip which exceeds 2.5m.

The hill is the royal residence of king Mutara 111 Rudahigwa, this was built by Belgium in 1931.the style is served as the royal palace until he passed on.

However most of the furniture’s and gifts where received from dignitaries were stolen during the genocide. This is an interesting home to wonder through, these peculiarities including three sitting rooms; this was reserved for the white tourists. Mutara was the first Mwami to convert to Catholicism in the beginning by the Belgian rulers.