Kwita Izina Mountain Gorilla Naming Ceremony in Rwanda is an annual ceremony done by the country to celebrate nature and the endangered mountain gorillas. The ceremony that is called the Kwita Izina is shaped by the Rwandan tradition of families in the olden days naming their children in the company of friends and relatives. 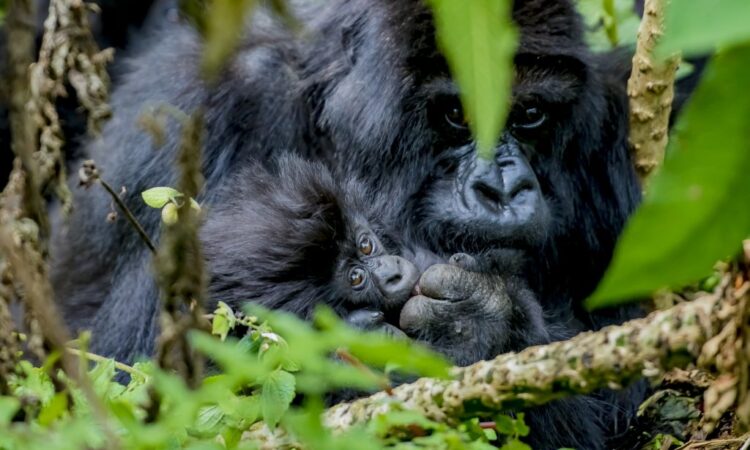 Through the Kwita Izina mountain gorilla naming ceremonies, it’s estimated that over 300 mountain gorillas over the past 15 years in the company of various wildlife players, international dignitaries, and celebrities; the list is long but notable figures in the recent years include Arsenal team players like Hector Bellerin, Bernd Leno, Pierre-Emerick Aubameyang, singer Neyo, Super Model Naomi Campbell and many others.

The Kwita Izina mountain gorilla naming ceremonies are usually held in September to coincide with the World Gorilla day and the 2020 Kwita Izina mountain gorilla naming ceremony was held exactly in the 24th of September which is the World Gorilla Day. Though the previous ceremonies have been in person ceremonies the 2020 ceremony was a virtual ceremony because of the prevailing COVID19 pandemic situation that has made it quite difficult to have large numbers of people in the same location at a time; for fear of persons transmitting the deadly virus to each other.

For 2021, depending on the situation the Kwita Izina mountain gorilla naming ceremony will still be held on the world gorilla day though its not yet known whether it will be a virtual or in person event.

Mountain gorilla trekking is done all through the year in Rwanda’s Volcanoes National Park at a fee of 1500 USD per permit per a trek. The mountain gorilla trekking experience takes almost most of your day so when you are going to trek you should put that in mine. It starts at 7am with a briefing at the park offices and then you head into the forest trekking deep into the forest to find the gorillas and when you find the gorillas you spend an hour with them before you trek back to the park offices; this whole experience takes about 4 to 6 hours or more depending on the state of trekking terrains and how deep the mountain gorillas are.