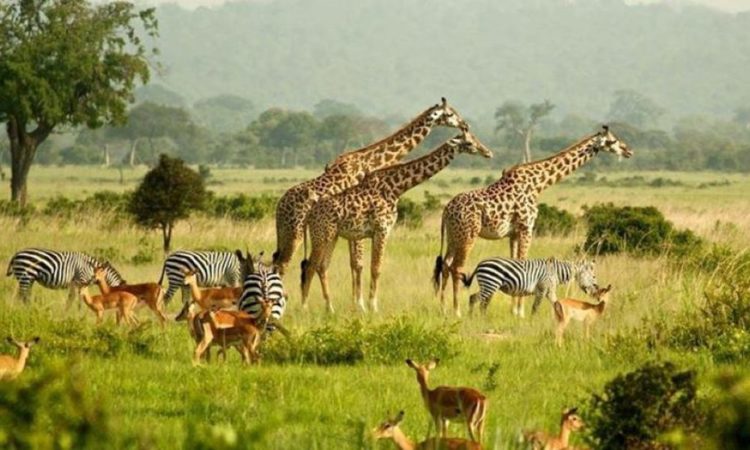 Low Season Safari is that kind of safari that a traveller engages in when there are generally few people travelling to a certain destination. Normally when travellers are planning for their safaris in East Africa, they tend to shun the low seasons because they assume their safari won’t be as delightful as they envision it to be, however, on the contrary, having a safari during the low season is a superb opportunity; it’s filled with a rich safari experience you will be amazed at the delight you get from your low season safari.

Yes the biggest pit peeve of the low season is the weather; the East African region has rains between March and June then October and December each year. And these are the months for low season safaris, because of the rains that travellers anticipate will disrupt their safari itinerary hence rarely book or plan to have a safari in those seasons.

However you will be shocked to learn that these rains rarely interfere with your planned itinerary, one because the rain pours are uneven so they are quite irregular you can go a full day without the rain, but two the tour operators in the region have mastered the different factors of the weather, they have strategies in place to mitigate the effect of the rain in your safari. So you are assured you will have a delightful safari even in the low season.

Below are the benefits of having a safari during the low season:-

You spend so much less on a safari during the low season in East Africa than in the peak season. East Africa being the most diverse place for wildlife in Africa, it’s not cheap to have a safari in this region; the safaris though worth it they are quite costly for someone, the experience is top-notch you can’t find it anywhere but you will also feel it on your pocket.  These peak season costs can make safaris quite unaffordable for budget tourists or for families that would want to take a joint safari together because the expenses will be quite high for them.

However, the good news is, during the low seasons all these prices drastically drop, making the safari more affordable for budget travellers and families that want to travel together.  The prices drop because of course, the demand for the safaris has also gone almost 70% down, so tour operators have to find ways of enticing travellers to come for the safaris and what better way to entice a traveller than to drop the prices.

On top of that, some countries in the region also have lowered park fees or safari activity fees during the low seasons; meaning you get to pay way less for safari experiences in all aspects.

But even in cases where prices have not been reduced, the negotiating gap for better deals is big and favourable; you will be amazed at how much you can bargain for a cheaper package during the low season.

If you have noticed even airlines have the most affordable air tickets during the low season.

In a nutshell, you will have a splendid East African safari at so much less.

The views during the low seasons are absolutely spectacular; the rainy conditions give scenic sunsets, foggy skylines, misty hills, steamy lakes etc. The vegetation is growing so the forests are thick; grasslands are green and fresh and they are extremely green. If you love views and are into photographic tourism, low seasons are your times to visit. The animals are so visible because the conditions are cool they can walk freely in their habitats without hiding in trees for shad because of the hot weather; they are playing, running around and just enjoy the cool weather.

You also get to see several mother animals nurturing their young ones, because, in the rainy seasons, which are the low seasons, most of the animals are giving birth or have infants; meaning you will experience first hand of how different animal species treat their young.

Birders also have a chance to see flocks of birds flying away as they move through different regions of habitats; the weather conditions are very good for bird migration and movements in the region.

These make your safari so memorable; you will want to stay in the wild for the entire season.

The thing about peak seasons, everyone is having a safari at that particular time, so the people at a given facility/park/game reserve/recreational activity are many, you never really get the cosiness you are looking for most especially if you are taking a safari to rest and get away from the daily noise and busyness of the world.

But in the low season, you have room for you and a few other people who have chosen to have a safari in that same season, you’re able to enjoy the quiet and calm of the safari.

And also because the people are many different in the peak season, some safari activities are done in short intervals to allow everyone to get a chance and this may affect you experience the safari.

But in the low season, you have all the time you need for an activity, sometimes you are alone doing one activity, I tell you, you will have a time of your life.

In a nutshell, though it’s called are low season for safari, it gives you the same safari experience as would be in the peak season.