Monkeys : Uganda was recently among the top notch tourist destination in the entire world. It’s outstanding availability of animal and bird species make it a must visit for any tourist around the world. The presence of rain forests have encouraged primates in the pearl of Africa . 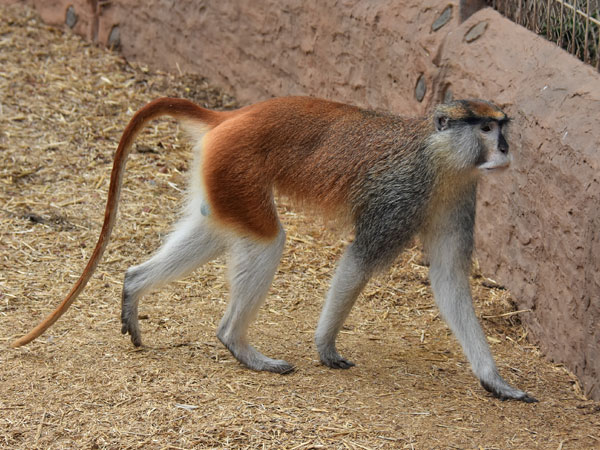 With the western part of Uganda offering the iconic primate trekking activities in Uganda for example Mgahinga gorilla national game park, queen Elizabeth national game park, kibale national park known as the great home for the primate family members, and kibale in the whole Africa with the highest density of them, that are apparently favoured by the dense vegetation that bring more comfort to them. the numerous tree species give them a wider area for moving from one tree to another, playing. that movement sparks the moment more. primates belong to the kingdom animalia with a big brain and blessed with flat nails that enable them gling to the branch, abit specific with their habitants .primates are made up of the smaller members ranging from the largest known as the gorillas found mainly in the Bwindi impenetrable forest national game park, Mgahinga gorilla natural game park that give the real feeling of the interactions of a gorilla with man and also among themselves; monkeys, chimpanzees , baboons among others. they feed on both plants and other insects supplementing their diet giving them an opportunity of a long life span. though some are endangered but alot has been placed in law to protect and preserve them for the future generations and travellers. Uganda, the pearl, has unique eye catching extraordinary various monkey species of different colours , the gorgeous playerful monkeys, Due to the many tropical forests, savannah vegetation and the epic rainforests in Uganda, monkeys are well catered for and distributed depending on what fosters their survival making Uganda a well known sanctuary for so many different monkey species and each having a specific location they preside from due to the different characteristics they portray. Monkeys belong to the order Primate and sub order Anthropoda but what separates them from others in the same class like the apes is having a tail and abit a small face .they are also adverse in nature with so many types including;

The black and white colobus monkeys; found in mabira forest, kibale national park and budongo just from their name you can tell their body colour is white and black but it’s more of having a black body and a White tail and prone to falling down from trees due to absence of the thumbs on their fingers limiting them to low tree species hence most visible during nature walks.

Golden monkeys uniquely found in Mgahinga national game park , so rare, golden in colour,more into mountain areas, the highest parts and always playing in the Mgahinga bamboo forest,move at a fast pace so seeing them is a bit hard but not impossible.they love moving in groups reminding me of bees.you can also get a sight of them in the virunga range.they are endangered species.

Uganda red tailed and blue monkeys also present in Uganda, being the smallest monkey species in kibale national park but also found in queen Elizabeth national game park and bwindi impenetrable forest national park , Uganda red tailed have heart like noses and white hairy cheeks, as for the blue,it’s not necessarily blue in colour but have blue backs.

Red colobus monkeys is another interesting monkey species also inhabiting kibale forest national park whose despite small size are able to protect themselves satisfying the law of evolution,”survival for the fittest”

Uganda is surely a home for the primates community giving a vast physical information of what it feels like being with the species closer to man in terms of thinking and how they eat. with a chimpanzee having a 98 % of DNA as that of man.