Mount Nyamuragira , is an active composite volcano in the Virunga Mountains of the Democratic Republic of the Congo, situated about 25 km, its located north of Lake Kivu. 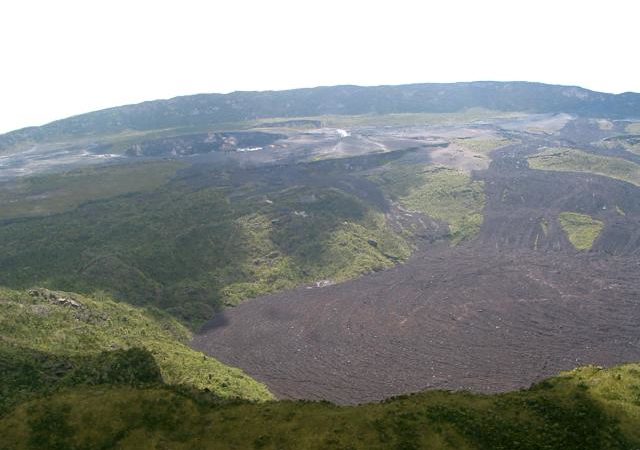 Mount Nyamuragira is described as Africa’s active volcano, since 1885 it has erupted over 40 times. There have been many eruptions   from the flanks of the volcano, this created many new smaller volcanoes that lasted only for a short period of time.

However recent there was an eruption that occurred on the 2 January 2010 and 2011.

Nyamuragira volcano is one of the active volcanos which are near the city of Goma of Democratic Republican of Congo; the area is situated about 25km north Lake Kivu.

North of Kivu province is 13km north-north-west of Nyiragongo; the volcano was caused extensive damage to the city of Goma 2002 eruption. Nyamuragira has a volume that covers an area of 1,500km2.it has a low profile and contrast with adjacent steep sided Nyiragongo volcano.

Nyamuragira volcano has a responsible for large portion of the sulfur dioxide which is released into atmosphere by volcanoes.

The eruption started spewing out the lava flows in the upper side of Lake Kivu.

Close to the volcano there no settlements however the Rwanda Tourism Board and wildlife Authority were scared of the eruption that might threaten the chimpanzees that inhabit the area.

There dangers of lava that flow into the south region of the Virunga National park, where there are settlement and villages.

The lava flows from 2010 eruption, it is seen on satellite pictures that reaches 25km southwest to lake Kivu,its in the northwest 22km and north-north-east 35km.

Volcanoes once again erupted, and produced 400 meters in high column of lava, the eruption has been the largest in 100 years.

Goma volcano warned for an imminent eruption the steam and fumes that release from the volcano.

The lava lake at the volcano is a few volcanoes on Earth sustaining lava lakes for several decades.

The lava lake at volcano emptied in 1938 lava flow.

Lava Lake is between June and August 2014, with a depth of 500 metres. The Lava Lake grows, producing lava that flows in the future.

The eruption affects the communities in the area which leaves a lot of ash and air pollution.