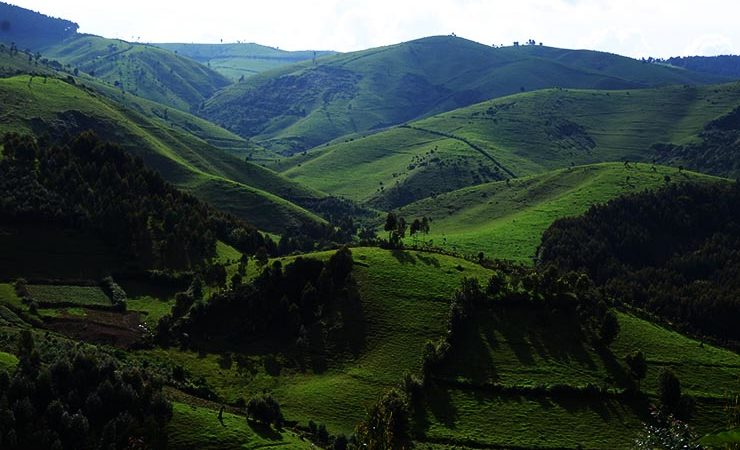 Mukura Forest Reserve is one of the few remaining montane rainforests in Africa. With an average altitude of 2,600 meters, it is one of the highest, most extensive and continuous areas of forest in Rwanda. Lying high on the Rift Valley Wall, there are over 150 recorded animal species here, including over 1,000 varieties of bird and 293 species of reptiles and amphibians. Presently the reserve is not properly developed for tourism, however, it is still accessible for visitors via the road which connects Karonhi to Mukaga, a path heading north at Nange. Following a dirt road that leads close to the forest’s edge, visitors will reach the outer perimeter of the forest, a lush green spectacle bursting with the sounds of wild animals.

Although still a breathtaking sight, the vegetation here has decreased rapidly in the last 50 years, by nearly 50%. The biggest reason for this is the growing population of villages emerging around the outskirts of the forest, settlements which are dependent on the reserve as a means of income and resource. With this post-genocide resettlement it is difficult to predict how long the beauty of the reserve will last, but if possible, Rwandan travelers are urged to visit this natural treasure if they can.