Nakayima Tree  : Found in Mubende district, which is just a 3hr drive from Kampala, roughly about 100km. Nakayima tree is one of the oldest trees in existence. It is estimated at about 650 years named after Princess Nakayima, a royal princess who roamed around the tree and is believed to have disappeared into the tree. The tree is said to have special powers for wealth, good health and healing. The tree that can be glanced at the top of Mubende hill, which about 4 km to the west of Mubende town. The hill it lies on is close to 215 metres, with a flat table top where the ancient Bachwezi dynasty once stood. The bachwezi are credited with the founding of the ancient empire of Kitara. 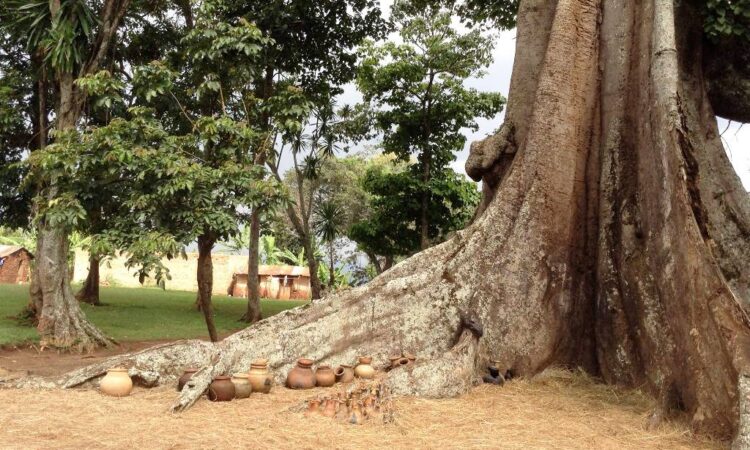 The tree has since become another major tourist attraction in Uganda because it is said to be pivotal in African spirituality. The tree is visited by so many traditionalists and people all over the country, who bring sacrifices in exchange of blessings, and the bigger the offering. It is believed that  the bigger the sacrifice , the bigger the reward like blessings like good health, fertility and riches from the Chwezi gods. People are seen bringing lots of items including cows, goats and  drinks and many others. 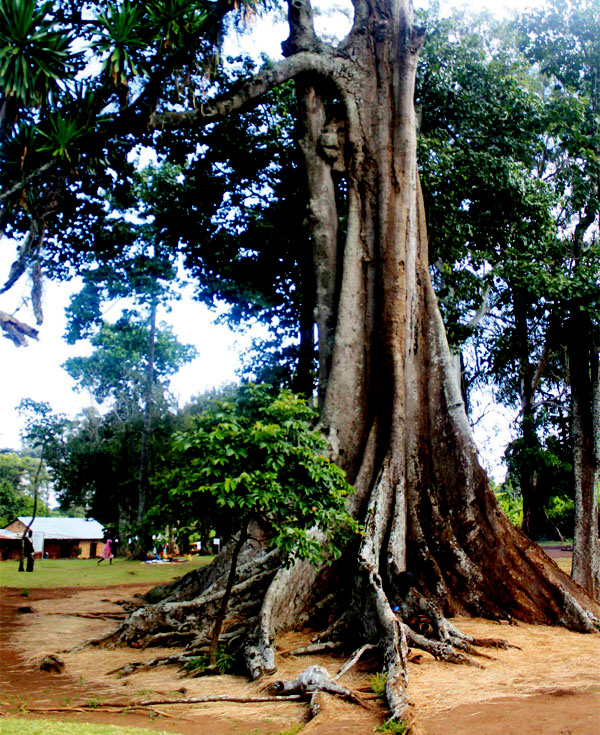 The deep buttress rooted tree has 18 segments or opens making it look close to a cave. The openings are known as rooms the spiritualists and this is where the care takers or the people wo come to pray sit . They get comfortable on the grass or some mats. It is believed each of these rooms hosts a different spirit  for example Ndahura, Nalongo Jajja Mukasa, Kilunda and Jajja Musoke being taken.

Even with all these years of existence , the Nakayima tree remains a mysterious witch tree. A tree where instead of throwing coins in water, you can make a wish by giving a coffee bean and a small donation which are placed into nooks formed by the tree’s buttress roots. This is one of the 18 compartments of the deep buttress roots, after placing offertory , the caretaker who is usually an old woman prays for the person who offered and it is also said that it was Jajja Nakayima place, close to her grave.  She however doesn’t give medicine.

The oldest and strongest tree is believed to have been planted by Nakayima; a wife to Ndahura (local ruler of the Chwezi dynasty) since Ndahura settled here before transferring ownership to his son Wamala. This famous tree is also believed to hold Ndahura’s spirit (the god of small pox), a reason why its still existing till now.  Nakayima was claimed to be its keeper, and she was also link between Ndahura’s spirit and the community, and sometimes Ndahura’s spirit took over her body causing her get a small pox for some days.

Nakayima was believed to have supernatural powers that would heal small pox and had the power to treat some diseases that other herbalists couldn’t treat like getting barren women assistance. Its stems produce some water that treats some diseases, and every tree privileged to grow close to it is a cure too.

This is an excellent stop over to visitors going to Fort portal and Kibale national park, get a glimpse of this African beliefs site of a tree that never sheds off its leaves, even during the dry season.