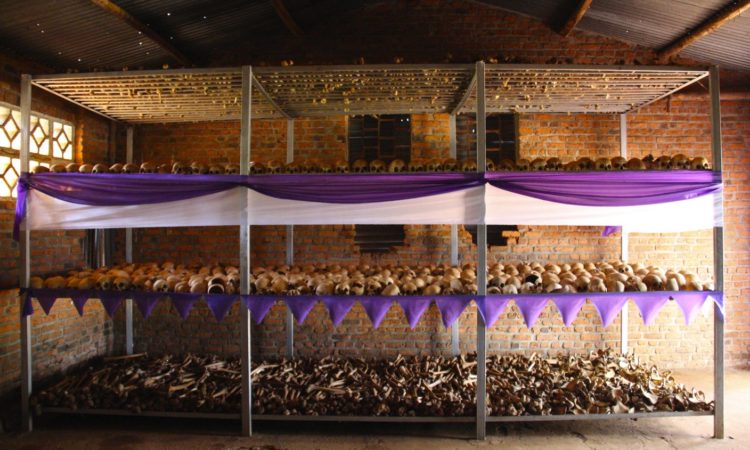 Nyamata Genocide memorial centre is based around a former church, its 30 km south of Kigali in Rwanda commemorating the Rwanda Genocide.

Rwanda Genocide started in April 1994, The Tutsi people always gathered in these areas of the church since they were considered s the safest places .There 10,000 people that are gathered locking themselves. The church walls show perpetrators makes the holes in the walls of the church the grenades could be thrown into the church.

People inside were killed with machetes, the ceiling of the church when one visits you will see bullet holes and altar cloth staining with blood.

The cloths and identity cards are left the IDS identify the Hutu or Tutsi. Making a total of 50,000  people.