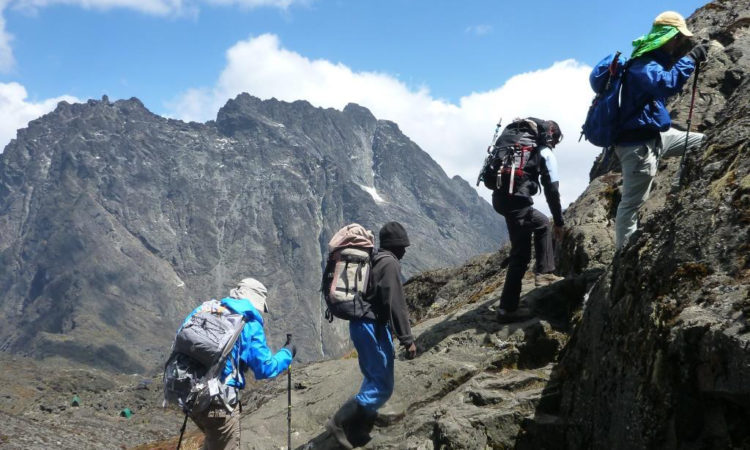 On game drives across the savanna national park including Murchison falls national park, Queen Elizabeth national park, Lake Mburo national park and Kidepo Valley national park, you will encounter large herds of animals like the Giraffes, Elephants, and Buffaloes, Kobs, Zebras, Gazelles. It is also much easier to spot the big cats including the Lions, and Leopards; also the hyenas along with other wild animals can be spotted during February.  At the same time, a forest jungle hike makes for an unforgettable encounter with rare primates like Mountain Gorillas, Chimpanzees, Golden monkey and many forest dwellers.

The best time to track the endangered Gorillas and Chimpanzees

Uganda is most precious jewel with half of the remaining mountain gorillas in the whole world in it’s tropical rainforests of Bwindi Impenetrable and Mgahinga Gorilla National Parks. Also, with about 5 destination for chimpanzee trekking with Kibale forest national park having the largest groups of chimpanzees. Other destinations include; Kyambura Gorge, Kalizu forest reserve, and Budongo forest. Visiting in February will make you fall in love with the country’s rural attractions. During February, the forest floors are dry, with little or no rain, and the trails are passable. You will find your rural or forest walking experience an unforgettable memory.

It is shoulder season

After the excitement of the December and January holidays, numbers of travelers quite reduce with fewer people traveling, making flights are cheaper, and accommodation prices lower. It’s a much nicer traveling business, staying in premium safari camps and riding the savannah plains with little or no crowds.

The temperatures are a little higher during the day

With temperatures around the 30 degrees Celsius mark, the weather is perfect for enjoying hotels and safari camp swimming pools. Walking in the jungle on a steamy hot day gives the right temperatures under the shadows of massively huge old trees, a great time for a trek in trek especially in Bwindi impenetrable national park, Reasons why February is the best time to visit Uganda

Uganda urban life has cities that have awesome outdoorsy nightlife, especially the big ones include; Jinja city, Kampala city, Mbarara city, and Gulu City. These cities have great out entertainment services for tourists and outdoor restaurants. For example; order a Tusker or Nile Special beer and a ‘relax’ (a pan-fried egg and wheat dish) and settle for an evening of travel stories with your fellow adventurers.

It is an excellent time for bird watching

It’s always a good time of year for bird-watching in Uganda. Notably, from September to April, migratory birds from North Africa and Europe travel south to nest and take advantage of the warm (and dry) weather. Along with seeing spectacular local birds like Black-headed Lapwing, Orange Weaver, Red-throated lathe, and the famous rare and near-endemic Shoebill.

February is one of the best time to experience hiking in Uganda. Hike Mount Staley on Mount Rwenzori which has an elevation of 5,109 meters (16,763 feet), making it the highest mountain in both the Democratic Republic of the Congo and Uganda and the third-highest in Africa, after Mount Kilimanjaro which stands at 5,895 meters above sea level and Mount Kenya which stands at 5,199 meters high.

The peak and several other surrounding peaks are high enough to support glaciers. Mount Stanley is part of the Mountain Rwenzori national park, a UNESCO World Heritage Site, and it’s a popular trek for avid hikers. Doing the climb in February means the slopes are dry, and it’s much less busy than the peak June to October season. It’s also cooler than during the summer months; you’re more likely to encounter snow the higher you get.