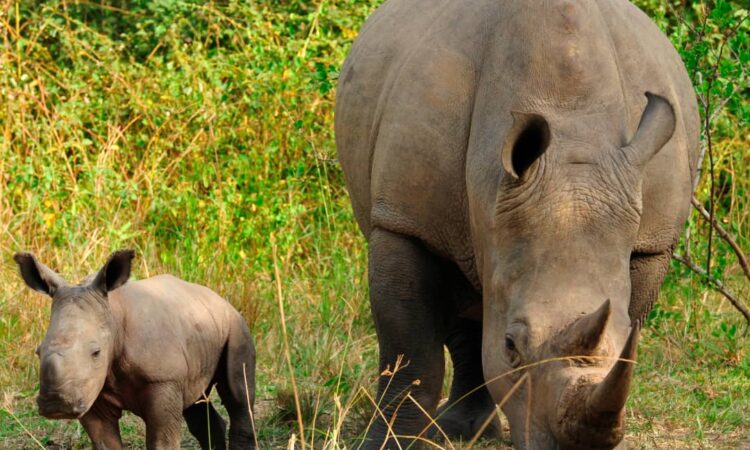 The misunderstandings that escalated recently causing the Uganda Wildlife Authority to step in and close the sanctuary are said to have started where back in 2002 when several factors in the MOU were not honoured by either parties.

Unfortunately for this article we do not have all the details of the MOU but from what we gather, Captain Charles Roy claims that the Rhino Fund Uganda did not include him in the major decision makings of the sanctuary as the MOU had stated. The Rhino Fund Uganda however states that they did involve the captain in the decision only that he always wanted things that his way but nit in the best interest of the rhinos. Of course there are many more factors to this wrangle but that is one of the major reasons.

Last month Uganda Wildlife authority closed the Rhino sanctuary to the public for the safety of the Rhinos as the misunderstandings became worse between both parties. The Uganda Wildlife Authority stated in a number of communications that it was not part to the misunderstandings but it was facilitating avenues for conflict resolving and was hoping for an amicable solution between the two parties.

It’s important to note that though the rhinos themselves belong to Uganda – Uganda Wildlife Authority, the Ziwa Rhino Sanctuary and all the rearing, breeding and managing of the Rhinos and the sanctuary is private; and its run by the Rhino Fund Uganda.

Rhino Fund Uganda started its work of Rhino conservation in Uganda about 2 decades ago with the main purpose of reintroducing Rhinos to Uganda and conserving them for various purposes. At the start of its work the Fund with the help of the Uganda Wildlife Authority acquired 16,000 acres of land at Ziwa and 30 year lease from Captain Charles Roy. This land was acquired under an MOU to breed and rear Rhinos.

Captian Charles Roy is the owner of that Ziwa Land and previously before the Rhinos, he used the land for cattle rearing. It is said that when he was approached to consider giving his land to Rhino conservation, he didn’t hesitate because he believed in the cause and was happy to render his Land for the given purposes.

The Ziwa Rhino sanctuary is the only habitat for Rhinos in Uganda and currently harbours 33 Rhinos. The Rhinos were reintroduced to Uganda in 2005 with Rhinos from the Disney’s Animal Kingdom in the USA and the Solio Ranch in Kenya. Rhinos are indigenous to Uganda but for a long time had been extinct from the Uganda due to several factors that include but not limited to diseases, poaching, environment issues and many more.

Rhinos are among the big five animals in the wild credited for their horns, strength and huge size. They are also a great boast to the country’s tourism sector as most tourist love to have a glimpse of these huge mammals.

Now that the Rhino Fund Uganda has quit the Ziwa Rhino Sanctuary and the Ziwa Rhino sanctuary for good, the Uganda Wildlife Authority is directly in charge of the Rhinos and will be communicating the way forward, hopefully soon. As Rhino lovers though we are not certain of what will happen next, we are just hoping for the very best especially for the Rhinos.