Safaris in Uganda and Rwanda

Safaris in Uganda and Rwanda are one of the most fascinating safari packages that travelers can book to explore the best of primates, wildlife, and natural features. Uganda and Rwanda are some of the top African Safari destinations that receive over 10,000 travellers annually touring the countries for different safari activities and adventures that happen all throughout the year. 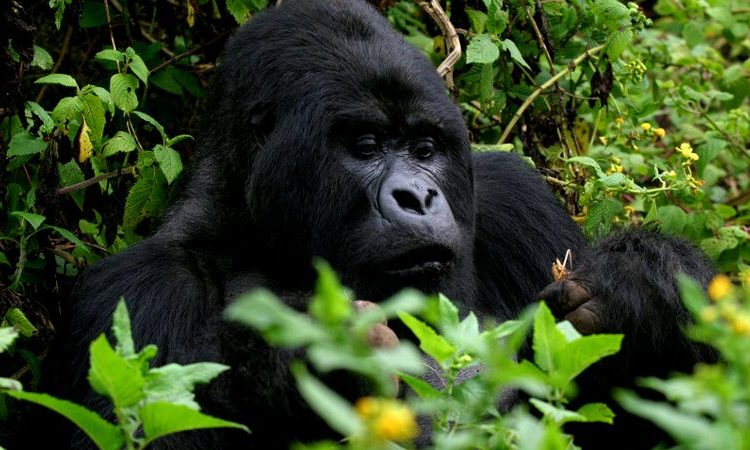 These two countries are close to each other, so normally travellers have combined safaris that cross over to both countries to enjoy the unique facets of the safari experience in both countries.

Having a safari in either Uganda or Rwanda or both countries is a lifetime reward especially if you love wildlife, nature and recreational activities; these two countries give you rich safari experiences like no other, from primates, big five, wildlife, scenic sites to mention but a few.  You will forever be grateful you chose to have a safari in any or both these countries. The safaris you can do in Uganda and Rwanda include:-

Rwanda and Uganda are the two countries in East Africa if not the only two, with the most number of primates living in natural habitats in the countries. Uganda has almost half of the world’s population of both the endangered mountain gorillas and chimpanzees in Bwindi Impenetrable National Park, Mgahinga National Park and Kibale National Park respectively; this is why Uganda is called the capital of primates.

Rwanda is also has a good number of the endangered mountain gorillas in Volcanoes National Park and Chimpanzees in Nyungwe National Park.

The countries also have other primates that include golden monkeys, colobus monkeys, baboons and many more.

Uganda and Rwanda have had these different primate species habituated in their habitats for trekking activities that happen throughout the year; and this is the most sought after safari adventure in both countries, with travellers visiting the countries every month to see these endangered primates.

You should note that trekking permits are acquired at least three months in advance because of the high demand of the trekking activities.

Water Safaris mainly include adventures activities done on water bodies for purposes of exploration and fun and they usually include boat rides, cruises, white water rafting, swimming, kayaking, canoeing, jet boating and many others; on top of enjoying beautiful scenery of the water bodies and the surrounding.

Both Uganda and Rwanda have several water bodies where all these activities are done to the fullest throughout the year.

In Rwanda these activities are done on Lake Ihema in Akagera National Park and Lake Kivu in north western Rwanda. The different lakes are managed by different bodies so the fees for the different activities are determined by the management of each water body.  Your tour operator will advise on the costs.

Water Safaris are usually done as additional activities on primate and wildlife safaris and they are done throughout the year.

Birding in East Africa is somewhat a new venture; however the region has always had numerous species of birds that live in the different habitat across the countries. In Uganda and Rwanda, bird species are spread out in all the countries’ parks and each park has unique species that are survive in that given habitat. Birding Safaris in Uganda or Rwanda can be done as additional activities to other activities on a safari.

Birding safaris like the water safaris are normally done as top ups of primate and wildlife safaris.

Rwanda is a called land of a thousand hills because of its hilly and mountainous landscape and Uganda though not as hilly as Rwanda has quite a number of mountains and hills. This makes both countries suitable for hiking escapades especially for hikers that love challenges the hiking trails in these countries give you a run for your hiking skills.

Hiking places in Rwanda include Mt Karisimbi that is a 2 day adventure, Mt Bisoke, Mt Gahinga, Mt Muhavura that are all one-day adventures and hiking trails in Nyungwe National Park like the congo trail.

Hiking Safaris can be done as standalone safaris or with other safaris depending on the traveller’s choice.