The 5 Famous Islands on Lake Bunyonyi

The 5 Famous Islands on Lake Bunyonyi: Lake Bunyonyi is one of the most fascinating lakes in Uganda, found far south in south western Uganda, this Lake is the third deepest lake in the whole of Africa and a top tourist destination in Uganda. 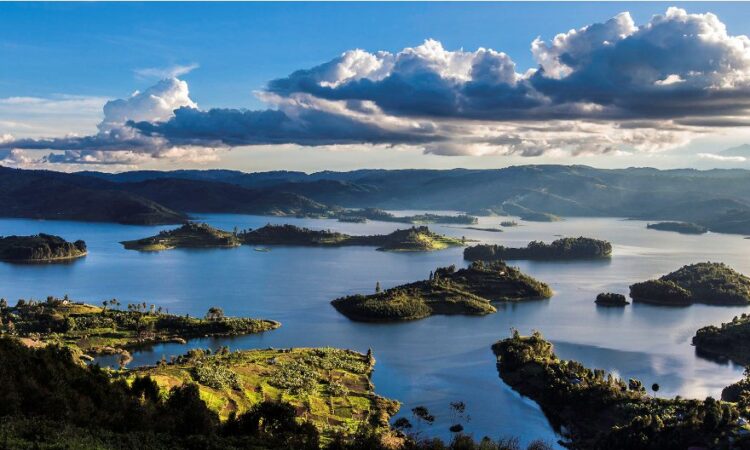 The lake is known for its cosy fresh breeze, quiet and serene ambiance and scenic views like no other; people that visit Lake Bunyonyi can testify of the amazingly breath-taking beauty of this lake.

Well this lake that is known is about 8 to 9 hours from Uganda’s capital Kampala is also known for its unique 29 islands that greatly contributed to the beauty of this lake. Though the 29 Islands are all unique and beautiful these 5 islands described below are the most popular and most visited of all the 29 Islands.

Akampene Island also commonly known as the Punishment Island is the most popular of all the 29 Islands and the smallest of all. This Island is one of those without human settlements because of the history of tradition attached to it. Though the tradition has now been abandoned, the Island was previously used to punish teenage girls who would get pregnant out of wedlock; the girls if they were found pregnant they would be taken to this island and left there. This tradition led to deaths of many young girls because they would starve and die at the Island. The practice of taking girls to the island was stopped and now the Island is a tourist attraction, at the time of the writing of this article, there were no humans settlements recorded at the Island.

Akampene Island is the smallest Island as Bwama Island is the largest Island on Lake Bunyonyi. This Island is known for the being a Leprosy treatment sanctuary and people visit the Island to see the remains of what was the Leprosy Hospital. Between the 1920s and 1930s a Scottish missionary set up the Leprosy treatment Centre on this Island to treat persons with Leprosy away from the stigma of the non-suffers and that’s why it was called it was called a sanctuary. Though the treatment centre is no longer in existence, the facilities are still there and are now used as school facilities.

This Island is one of the few Islands with human settlements.

Bacuranuka Island is famous for the story attached to it. It is said that this Island is upside down because an old lady cursed it in the olden days. It’s believed that the old lady came to the Island and found men making local brew known as “Obushera” in the local language and the old lady then requested the men to give her some of the local brew but the men refused and in a bid to get rid of her they offered to give a ride to the mainland which she accepted and one of the men took her to the mainland. It is said in anger when the old lady got to the mainland she cursed the Island and it turned upside down burning the men that remained behind.

This mysterious story of this Island is one of the reasons people flock this Island to witness the Island that turned upside down.

On your visit to Lake Bunyonyi, you can visit this Island for game viewing. Game viewing on this island is usually guided so you should inquire with your tour operator about the specifics of having a game viewing experience on this Island.

Bushara Island also known as the Lake Bunyonyi Bird Paradise, this Island is home to most of the bird species accorded to Lake Bunyonyi. If you are a bird lover, you shouldn’t miss visiting this Island for a bird watching spree, you will be left in awe at the variety of birds you will see in one visit.

These 5 Islands are the most popular Islands and most visited by travellers, however Lake Bunyonyi has a total of 29 Islands and each Island has a unique story.  You should make it a point to explore the other islands as well when you visit Lake Bunyonyi. We promise you, you will be glad you experienced more than just the famous 5 islands.