The reconciliation village in Rwanda

The reconciliation village in Rwanda : Bugesera reconciliation village is among the most visited camps in Rwanda. The Village is known to give its visitors a story of the 1994 Rwanda Genocide aftermath. The 1994 Rwanda genocide was a dark period throughout the country; the Hutu extremist carried out mass killing of the Tutsis who were considered an inferior group in the country. In the 100 days of the massacre over 800,000 people died those were majorly the Tutsis, the lesser hutus and Batwa. 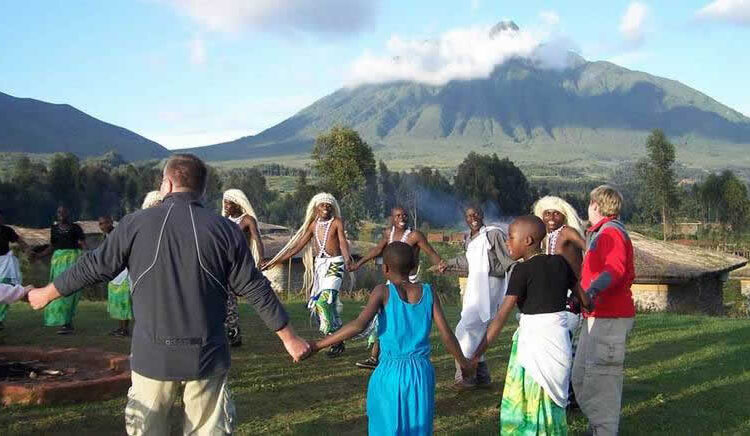 There were many reasons for the tension between the Hutu and the Tutsis but the main cause was the fact that the Hutu considered the tutsis as a threat in seizing power at the expense of the Hutu and because it is believed that the hutus were the original inhabitants of the country because the tutsis migrated to the country at a later time but with the social differences in classes, greater wealth of the tutsis as they owned the long horned cattle as opposed to the hutus that participated in lower class farming infuriated them more which caused a lot of tension between the two.

The linking of the Rwanda patriotic front, a political party that was against the rule of the Hutu to the tutsis which was believed to have killed the then Hutu president juvenal Habyarimana sparked the mass massacres of the tutsis which led to the loss of lives, many women were widowed, children were left orphaned, homes were destroyed, plantations were destroyed which caused a dark period of time, which filled the country with wails of agony in Rwanda.

With the success of the Rwanda patriotic front to end the war between the two it established a more peaceful though emotionally wounded societies and among the notable ones is the Bugesera reconciliation village which is among the different genocide memorial sites that can be visited to understand more about the events of the war and how it affected its people.  At the Bugesera reconciliation village you will not only get to see survivors and victims but also have the chance to understand their pain as they narrate the events of how they survived the war and the as the offenders also narrate how and why they killed the Tutsis which is quite heart breaking but at the end of every narration, hope can be seen in their eyes as they are able to live in harmony with one another regardless of the situations they passed through during the unfortunate events.

Some of the notable events when you visit the camp as you participate in a guided tour within the community, you will have the chance to see cooperation as you listen to the victims and offenders  discuss their experiences, you will also be introduced to a number of activities that are carried out to ensure that they are brought together as one and the dramatic realism is quite intriguing give the fact that years ago it would be a place of blood shed if the  hutus and the tutsis were in the same area but with the open discussions and a number of activities that bring the people together like basket weaving, counselling, basket weaving, it has ensured peace and harmony among one another.

Interesting about the area where the Bugesera reconciliation village is found is the fact that you will get to see a number of water sources that improve the general appearance of the area and also therapeutic in a way because it gives off a calm and relaxing environment. Among the water sources that can be seen include; lake twehu and cyohoha, rivers like nyabarongo and akanyaru which have also attracted tourists especially nature lovers that want to enjoy the views of the relief features as they listen to the touching stories of both the survivors and the offenders.