Top safaris in August : August is here! Yes it is!. Well well after July people we have come to realize that people kind of reduce on the amount their amount of travel and taking Uganda Rwanda safaris. And among the many reasons there is this reduction  is because most people assume summer ends in July and since it ends in July there’s not a variety of safaris they can take in the following months and hence they should give up on taking safaris as a whole. 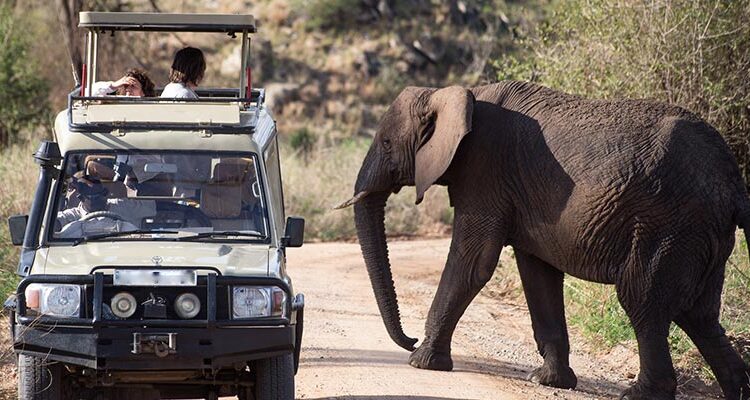 First we need to note that actually summer goes on till mid or late August depending on the nation your in and there are a variety you can take in the months after July. So in this article we want to share with some of the safaris you can take in August to help you narrow down on the safari you would like to take this season.

You should note that these are not the only safaris in the regions so there are many more, you can take; these are just the most popular ones.

Primate safaris are some of the most sought after safaris in the East African region. These safaris are majorly done in Rwanda, Uganda and the Democratic Republic of Congo. On these primate safaris you get a chance to either trek the huge mountain gorillas or slightly smaller chimpanzees. You can also trek other not so popular primates like the monkeys, baboons etc.

Primate trekking takes place all year round even in August at the following parks.

For other primate species, you can easily find them in some of these parks too.

Primate trekking in August is good because the  trekking trails are quiet dry and easy to take on.

The big five animals in the wild are lions, elephants, buffaloes, leopards and rhinos.

On a special big five safari you take a safari around or in destinations that harbor these significant animals. In the region there are few parks that have all the big five, usually a park has 3 or four of them.

In August your sure to catch a glimpse of all the big five animals even the super elusive leopard.

Game drive safaris these are safaris to see all the Savannah wildlife in the region not just the big five animals. On these safaris  you go out in the various parks and have drive through the park to see the animals. Of course on top of the big five you will see animals like zebras, topis, hippos, antelopes, warthogs and many more.

As stated above for the big five, in August you will see most of these animals.

Water adventures are activities on a safari that involve water; they include boat rides, water fall hiking, canoeing, white water rafting and many more. These are additional activities on other safari activities. And yes, you can do them in August at these parks – Akagera National park for Rwanda, Queen Elizabeth National park, Murchison Falls National park and Lake Mburo National park in Uganda.

Since August is still in the bracket of the dry season, it’s one of the best times to take on that hiking challenge, the mountain trails are usually dry and the weather friendly  for hiking. For hiking in Rwanda you will have mountains like Bisoke and Karisimbi, in Uganda it will be Rwenzori, Elgon, Gahinga, Sabinyo and Muhabvura.