Home » Safaris Blog » Why is Uganda called the pearl of Africa

The reason why Uganda is called the pearl of Africa comes from Winston Churchill in his popularized book which he wrote down in the 1908”My African Journey’. 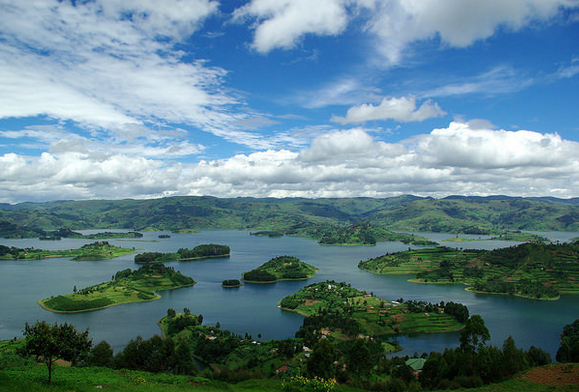 Uganda is amazed by beauty of natural wonders, where by Tourists flock into the country and fall in love with the nature of the pearl of Africa.

The streets of the capital of Buganda  Kingdom where wide and the local culture of the people was amazing.

History has it that the first person to discover Uganda as the pearl of Africa was Henry Morton Stanley, others say it was Frederick John Dr.Lugard this is because these explores are said to have visited before Winston Churchill.

Henry Morton Stanley was one of the first people to refer Uganda as the pearly of Africa thus relating to Uganda for over 100 years. Visitors in Uganda .The Kingdom of  Uganda is a tale fairy with scenery of climate, the happy people who are joyful.

No other country has the best as Uganda does; it has one of the bio-diverse which other countries do not have.

National Geographic  picked Uganda as one of the amazing Travel Destinations in Africa, the pearl of Africa  was faced political instability during the days of Idi Amin Dada which brought the ruling government to power led by President Yoweri Kaguta Museveni to power  and the Lord Resistance Army and Joseph Kony’s war which led to the tears of many Ugandans.

Uganda then became the most peaceful country, friendliest, safest, stable Country in Africa, with more tourists discovering the country with its natural wonders.

Uganda the pearl of Africa is very amazing with different synonymous when you need to ask for Margarine in store you will get a black stare just ask for Blue Band.

Every Laundry Detergent is called Omo, when one nodes their head this as well means yes,In Uganda sounds are a mean of Communication when one says eh… ,it’s like wondering of something or surprised, Colgate ,when one says we go they mean Lets go, you will hear one say am going for a short call which means to pee, beep means to ring someone and hang up quickly before the person picks up the call.

Pearl of Africa is Uganda with its magnificence for variety of colors of brilliant life, insects, birds, reptiles, beasts describe the true Pearl  of Africa.

Uganda has amazing climate, the people are different from anything else   in the whole world .Pearl of Africa