Uganda Historic Tourism Sites : Dubbed the pearl of Africa, Uganda is oneof the countries rich in history with tremendous sites dating way back so many years. The peaceful East African country just celebrated 59 years of Independence on 9th, October. The people of Uganda are one of the kindest and heartwarming hosts you will ever find in the entire world, tourism is open for the entire year in the Republic of Uganda. In this particular article, we show you some of the historic sites you can’t miss on your visit to Uganda on Uganda Tours. 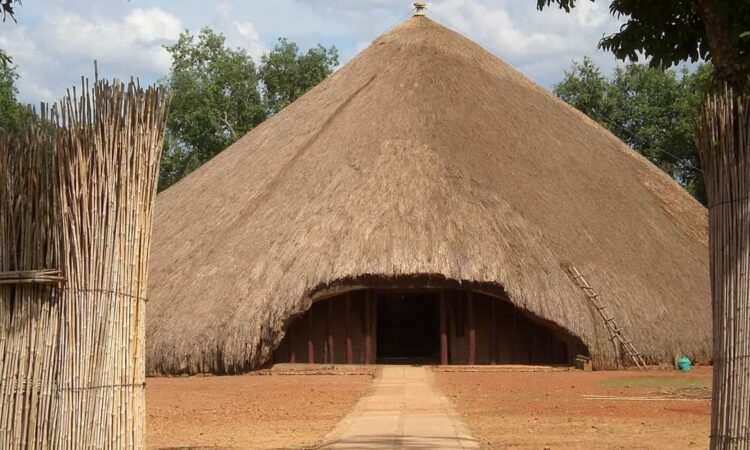 This is the burial site to the Kabakas of the largest tribe and also centrally located, the Baganda tribe. The Kings of this Buganda kingdom were referred to as the Kabakas. These stayed in the palace called the “lubiri” which is also still around. The traditional organization had the kabaka(king) at the top and because of this, a special burial place was constructed for their burial. The Kasubi Tombs were first constructed in 1881 on Kasubi Hill in Kampala. The tombs were declared a UNESCO World Heritage site in 2001 but were unfortunately destroyed by a fire on March 16, 2010. However, the Buganda leaders have managed to reconstruct them and even today the site receives multiple visitors witnessing the witty architecture of the early Baganda. The site is a few minutes from Kampala is open to visitors all year. On booking, you will be given a tour guide to narrate the rich history. Other tombs in Uganda include Karambi, Mparo, and Nkokonjeru tombs.

“Amabere Ga Nyinamwiru” translated to English means “breasts of Nyinamwiru” is another historical site located in Kabarole district a ten kilometers drive from the tourism city of Fort Portal. When you make it to the place which is the cave, you will see the breast-like features made of stalactites dripping with white calcite however the guide or locals refer to this substance as milk. This originates from a myth told about the original occupants of this land known as the Batembuzi who gave birth to the Bachwezi. King Bukuku cut off the breasts of her daughter Nyinamwiru when she refused to marry the man he has chosen for her while the other sect believe she cut off the greats by herself which were dumped in this cave. This explains why the tour guide refers to it as milk.

Discovering the source of the River Nile was one of the main reasons many Europeans came to Africa. John Hanning Speke is recorded as the first British to set foot in Uganda. He named the present-day Lake Victoria in honor of the queen of England than before he went on to discover the source of the mighty River Nile. At the site John Speke ascertained as the source of the world’s river, a monumental was established. Located in Jinja, another Ugandan City with action-packed activities for tourists. While at this site one will get an opportunity to glance at the kingfisher and other multiple bird species. White water rafting and sport fishing should be on the to-do list of any tourist visiting the source of the River Nile.

Located in the Kumi district in Uganda. This is one of the few tourism sites in Eastern Uganda. This site is believed to be existence since 1250 AD. The well-distanced rocks have paintings on them believed to be a form of communication by the early man. Nyero rocks are staged in three different phases each having different signs and symbols, the rocks involve climbing and hiking but it’s worth it because it’s amazing seeing how civilization has grown from way back. The place has fair entrance fees which you will be given a tour guide who will narrate every single detail about the site. Like all other places, it is open to visitors all year through. It’s advisable to visit in the dry season though.

The beautiful gigantic shrine was constructed with an exterior of 22 copper pillars each 100 feet tall, located in the Wakiso district in the central part of Uganda. Constructed in honor of 32 men who were slain on orders of by then  Kabaka Mwanga II of Buganda Kingdom. Killed on 3rd June 1886 after refusing to renounce Christianity which was against some Traditional beliefs. The men were speared and burnt to death from different regions of the country. The Uganda Martyrs were canonized as saints by Pope John Paul VI on his visit to Uganda.  Today millions of thousands of pilgrims travel from around the world to pray and honor the heroic actions of these men every 3rd June as Uganda Historic Tourism Sites.

Home to over 400 Mountain Gorilla which is more than half of the entire gorilla population in the entire world. Bwindi Impenetrable holds the largest number of endangered species in the entire world. In 1991 it was gazetted as a national park while it was declared a UNESCO Natural World Heritage in 1994. The name Bwindi originates from the word “mubwindi” which means “a place full of darkness” the darkness and impenetrability are due to the heavy rain forests covering the area biologically dating back to almost 25000 years ago. Located in the southwest of Uganda and is the perfect destination for gorilla trekking. It should be a must on your quest of exploring Uganda tours.

Its extraordinary beauty made this park be named a UNESCO World Heritage site. Rwenzori National Park houses the third tallest mountain in Africa. The magnificence made Henry Murton Stanley call them the mountains of the moon. It boasts rich flora and fauna and the beautiful hiking experience not forgetting the epic glaciers. Visiting is open for the entire year but the dry season is recommended if one is interested in hiking.  The park is located in Kasese, western Uganda.