Uganda Silverback Wins Gold : the Ugandan Silverback Joshua Cheptegei won gold in the 3000m race in Czech Republic in the 60th edition of the Golden spike in Ostrava this past week. The world champion who came in at 07:33:24 winning gold; was hoping to break the 25 year old 3000m world record but fell short by a couple of seconds. The athlete has previously broken world record in 5000m and 10,000 m respectively and his, the tenth man to hold both records concurrently. 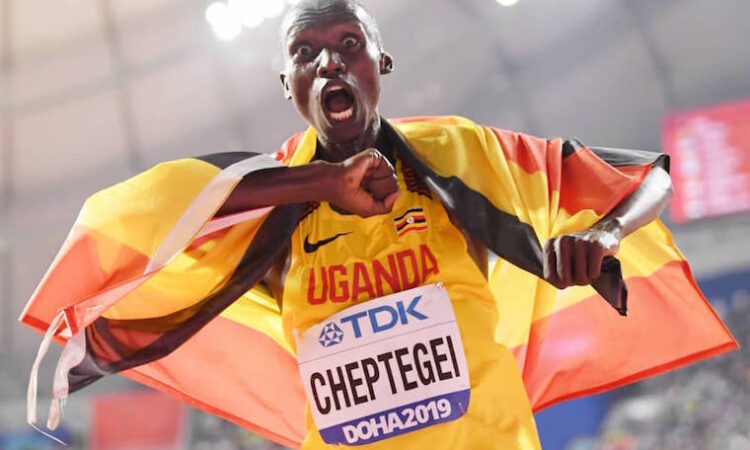 Joshua Cheptegei is also the current Uganda Tourism Ambassador for destination Uganda and is named the Ugandan silverback in reference to his zeal and passion for the sport that is similarly exhibited in the silverback.

The silverback in a mountain gorilla group will make sure all the group members get food and are protected from danger and predators. The silverback will go out to hunt for places with food and the come and collect the rest of the members to get the food.

When a predator attacks the group or any of the group members the silverback will fight with the predator to depend her family and in some cases will die protecting the family.

It is said that if a female have a child who is not fathered by the group’s silverback; the silverback will eventually kill the child or chase the child away from the group especially if the child is male. For females the silverbacks maybe tolerate and may mate with her when she comes of age.

Mountain gorillas are rare and endangered apes leaving in natural habitats in the Uganda, Rwanda and the Democratic Republic of Congo. The apes are considered endangered because of the low numbers of the individual gorillas in the world. The mountain gorilla population is still worrying even with the conservation works that have been done in the past decades; however all hope is not lost the gorillas are still surviving and there numbers can grow.

Bwindi Nationl Park has the largest population of mountain gorillas in the country, in the region and in the world. The number of the mountain gorillas is over 200 individuals living in about 20 families across the four different sectors of the park; the sectors being Buhoma, Ruhija, Rushaga and Nkuringo.