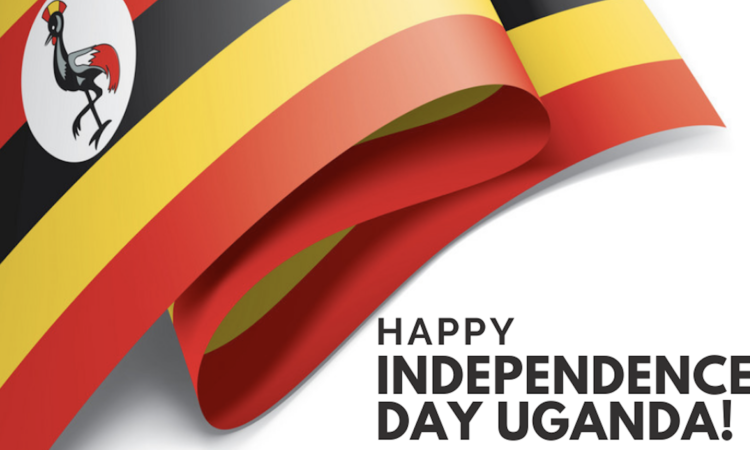 Since 1962, Independence celebrations are a key part of Ugandans and 9th October is a public holiday. On the eve of the day, preparations are made in various parts of the country, radios and other broadcasting services also get ready to broadcast the celebrations. The president prepared his speech for the ceremony and religious leaders prepare their sermons and prayers for the country on the day. The main celebrations happen at Kololo independence grounds.

The day is marked by culture, festivals, prayer, reflection and rest. At Kololo, cultural troops from different regions of the country perform before the president, prayers for the country by different religious leaders are said and different media services give us a detailed history of our independence. Outside Kololo, various citizens that love the party life as busy preparing to attend a festival somewhere; festivals of food, meat or just music. The more athletic citizens are going for a run somewhere or participating in the independence cups of various sports. Some busy people that don’t fancy festivities or sports are busy at home taking a nap or binge watching movies. The tourist type take this public holiday off to tour our country.

On a day such as independence, getting to know and analyze the beauty of Uganda is key. In Kampala, the independence monument along Speke road is an amazing feature to visit. The amazing kasubi tombs and the namugongo shrines also are incredible sites to tour. Out of Kampala to the East, one can decide to spend independence day in the beautiful city of Jinja or days leading to independence at the slopes of mountain Elgon in Mbale. You can as well decide to go west for gorilla and golden monkey trekking at mgahinga or visit the Murchison falls. Between the central and the East, Sezibwa falls is the place to be on independence day! You can get to know the history of the falls and get to overcome the fear of heights walking on wood to cross to the falls.

Most tour and travel companies have packages to various places lasting a day, a few days or even a week. The packages most times include transportation to and fro, accomodation for the number of nights going to be spent, meals, camp fire and the real tour around the place. On the day of the tour, the participants meet at a designated place to start their journey. Depending on how far the destination is, various stops are made for purchase of refreshments and food. Some travel companies on a day like this have the air travel option where the meet up is probably the Entebbe airport or the different airstrips depending on where you are going.

Every 9th October is a good chance to rest and take that vacation you’ve always wanted to have. Go for a boat ride on the river Nile, spend a night at sipi falls, visit mountains and forests all around, go bungee jumping and conquer those fears, go mountain gorilla trekking in Bwindi National Park and Mgahinga National Park, chimpanzee trekking in kibale national park, visit savannah parks like Queen Elizabeth National Park, Kidepo National Park, Murchion Falls National Park among others! Just make use of our beautiful country on such a day as independence! Get out, admire Uganda and enjoy independence.