Home » Safaris Blog » What happens when a male lion dies?

What happens when a male lion dies? : Recently in Uganda three lions died as a result of electrocution and prior to that a few others had died in different circumstances. This has left the lion population in Uganda really affected and of course prides have been left without their family members or leaders to thrill while on Uganda Safaris. 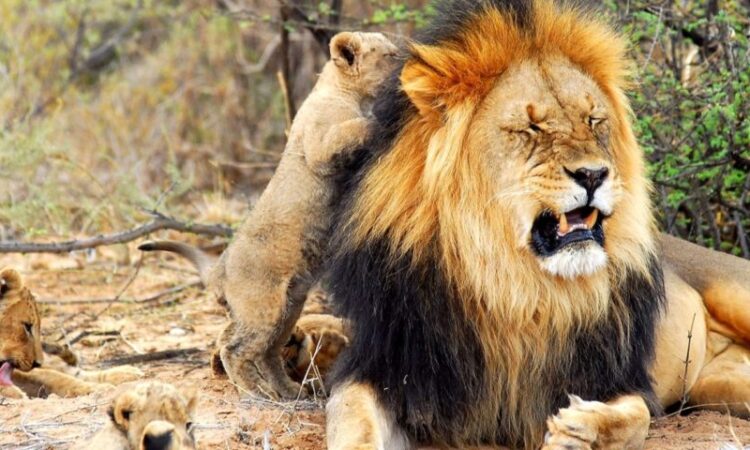 Below we list down some of the things that have been observed to happen when male lion dies from a pride.

The pride that has lost the male lion will usually scatter and individual find new families or just wonder off in the wild. The lions will scatter because they have lost their leader who was the glue putting them together. This happens especially when the lions are younger and energetic they can easily find a footing in the jungle and integrate in other groups. It also happens when the pride didn’t have any young male lions who could take up the mantra of leadership.

When a pride has youngsters who are hunger to take over the ranks and the lead male in a pride, conflicts may arise in the pride leading to fights among the in individuals in the group. In some cases these cases are resolved easily and the prides go back to harmony, other times they are not resolved so the pride just scatters while in other instances some lions die in the fights hence negating the conflict.

In prides where there were young capable male lions, they usually take over the pride and lead the pride going forward. This happens easily when the young males have respect from the rest of the individuals in the pride, leading them is easy and nice.

Sometimes, when are males who were of age and are trying to form a pride realize that a particular pride has lost its male, they will usually come and take over the orphaned pride and make it their own. This happens easily when the pride is full of females alone, but when it has young males, there may be some resistance, Uganda Tours.

In some cases, if the pride has a strong female, the female lion will rise up to the challenge and take over the leadership of the pride. Given that the female lions are usually the ones hurting food for their prides; this role is easy for it. However you should note though that female led prides normally have only females in them, so they do not have resistance from the males, also most cases the females in this pride have advanced in age and no longer as aggressive and energetic as the other lions in the jungle.

If the pride had more young lions than older lions, chances are high predators will attack this pride and kill the remaining lions. The main lion predator is a the human being, however also in the wild the hyenas and the cheetahs can hunt the young lions for food.