Home » Safaris Blog » What to know about the Cross River Gorillas

What to know about the Cross River Gorillas : The Cross River gorillas are subspecies of the western gorilla (Gorilla gorilla) and are scientifically known as Gorilla gorilla diehli with a population of about 250 to 300 individuals worldwide. They live in the forested hills along the Cameron-Nigerian border. They are listed to be critically endangered and considered the world’s rarest species of gorillas. 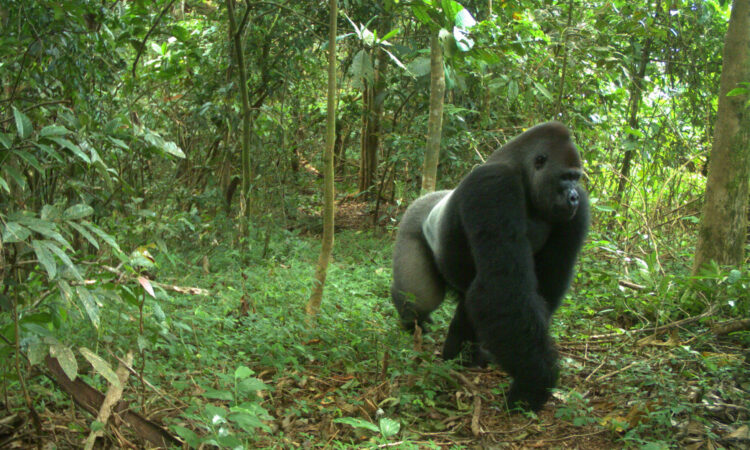 Most people mistake the cross-river gorillas for western low gorillas, because they fall in the same species of the western gorilla. However, there’s a big difference between the two; the cross river gorillas have smaller skulls, cranial vaults, palates and ears. Also their feet, hand and borne length are small hence being the smallest in size compared to other gorilla species.

Cross-river gorillas are labeled as critically endangered by IUCN-International Union for Conservation of Nature due to their extremely low numbers. Their few numbers are primarily attributed to the prevailing Cameroonian civil wars that occurred between 1995 and 2011 that caused over 55% decline in their population. They are generally shy to humans because of their proximity to humans and they are the most endangered among the great apes of Africa. Due to their less numbers, they are rarely seen, because it is impossible to trek them given the nature of terrain in the national parks they inhabit.

The Cross River gorillas are social animals like any other gorilla species, which means that they live in groups, called families. Their social families are relatively smaller compared to other groups usually made up of 4 to 7 individuals or more, though it’s rare to find them in groups of 20 individuals. These groups are headed by the male alpha gorilla called silverback that normally take care of the family as any other human family; providing protection, mating females in the group, leading the group to search for food among other roles.

Cross river gorillas’ main food include plant leaves, fruits, seeds, and sometimes they change their diet by eating small insects like ants, termites and others. This is one of the reasons why they live in such forested areas where they can get this kind of food. The young ones are spotted swinging around the tree branches as they get food while other plays.

The nesting habits of the cross river gorillas depend on different factors such as climate, seasonal fruits, Vegetation, availability of nesting materials among others. For instance, these gorillas have been seen nesting in trees with fruits during seasons of rain. Nests are always on ground during rainy season but in other seasons, they are normally in the tree branches.

Cross-river gorillas are normally threatened by human activities, like hunting or poaching for meat and other related reasons such as food and sold in pet markets. Sometimes, the small snares set up by humans targeting other mammals like antelopes end up trapping the cross river gorillas hence killing or injuring them.

Tree logging for timber and mining has affected natural habitats of these gorillas. Other threats are civil wars, disease outbreaks like Ebola, cholera which are both infectious to primates and humans.