When should one go on a Safari in Uganda 2023? Uganda the Pearl of Africa is one of the best countries where one can go to for a safari because it is a peaceful country with loving and welcoming people compared to other countries. Uganda is a country that is richly blessed with so many adventurous things like beautiful lakes and rivers like; Lake Victoria, lake George and lake Albert, amazing mountains for example the Mountain Rwenzori, Mount Elgon, various big numbers of the beautiful wildlife species such as; buffaloes, lions, African elephants, antelopes, Uganda kob hippos,  giraffes, leopards among others. More so, this country also has a good climate that always favors the schedules of individuals who are having their safari within the country, When should one go on a Safari in Uganda 2023?.. 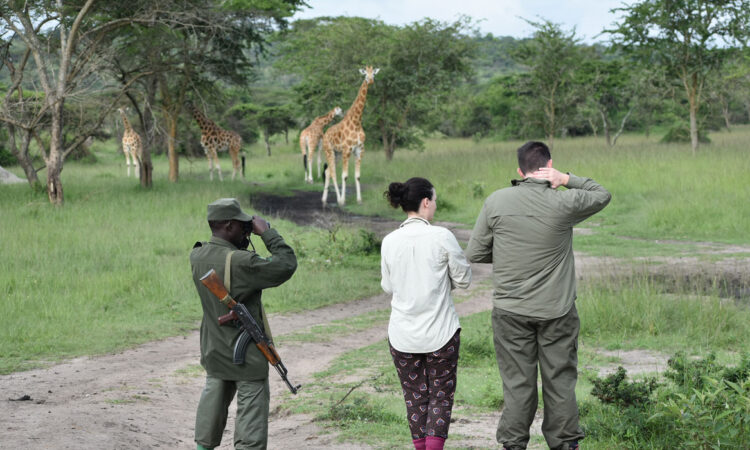 However, while one is planning to go on a safari to Uganda, they should research and consider the best time that is more suitable for them to visit in order to avoid any hindrance while they are on their vacation.

Best time to go on a safari in Uganda.

Tourists can visit Uganda on a safari at any time of the year because all places be open all the time throughout the year. Uganda has a good warm and tropical climate weather unlike other countries like America and Europe. This country has two weather seasons for example; Rainy and Dry season. Uganda’s weather is based due to the fact that is it is crossed by the Equator, the magnificent montane forests, swamps, lakes like lake Victoria, rivers, mountains within the west, falls.

The dry season is considered as the best time for one to visit Uganda safari. This dry season is between months of July to August and from Mid-December to February. These months are considered as the best period of time for one to travel on a safari because  this is when there are less rains which enable tourists to get a chance to view a plenty of wildlife creatures in Uganda due to the fact that the species are always moving around the park looking for food. During this season, the grass is always a bit short and thin which gives tourists a perfect spotting of the wildlife with in the park. More so, it is the best time for tourists to go for some activities like; hiking, gorilla trekking, chimpanzee trekking, guided nature walks because this is when the trails are not slippery. During the dry season, it is when tourists get an opportunity to sight see many, which animals as they are accumulating near the water bodies and bird lovers get to overlook at a variety of bird species such as the rare shoebill stork and these birds, are best seen in large numbers in the early morning.

The dry season is also known as a peak season whereby during this season, the parks and residents tend to be over crowded because many people be booking places where to spend their holidays/ vacations. However, one should note that during the peak season, the costs and prices of a Uganda safari are always high and tourists are always advised to make their bookings in advance in order to avoid any inconveniences and disappointments. Especially during December in the Christmas season, all residents are usually fully booked.

The rainy season is between months of March, April and May and this is not considered the best time for individuals one to go on a safari in Uganda. However, rainy season is the perfect time for the bird lovers to visit because that is the time when the bird species breed hence increasing the numbers of birds within the country. In addition, this is the period when the bird species migrate from outside countries like Europe and other outside destinations to Uganda especially from April to November,When should one go on a Safari in Uganda 2023?.

During the rainy season, that is the period when the parks are less crowded hence independent wildlife viewing. More so, this is the period when the tourists get special and fully attention from the park guides/rangers and the rates are low almost in all lodges, which makes it affordable and comfortable for many individuals. During the rainy reason, it easy for tourists to engage in activities like gorilla trekking due to the fact that these endangered mountain gorilla species do not need to move far places avoiding the shallow temperatures but they comfortably stay in their areas which have lower altitudes, When should one go on a Safari in Uganda 2023? Though without forgetting the rainy season is not the best time for a safari because tourists will not get a chance to see sight many wildlife animals because these species normally hide deep in the forests during the rains and hence making a safari not satisfying. More so, during the rainy seasons, the grasses grow so tall, which makes it difficult for tourists on their safari to see the wildlife animals.

Therefore, contact our trusted tour operators in case of any further inquiries and Book with our tours and travels companies like; Achieve global safaris which offer the best tour packages when planning to travel to Uganda on a safari.