1 Day Uganda cultural safari: Cultural tourism in Uganda is one of the most rewarding types of tourism in the country that you can choose to participate for an amazing time during your safari. Uganda is among the most culturally diverse countries in east Africa that you will offer the most memorable experience as you visit a number of memorable sites in the country. During you safari, you will have the chance to explore the different  cultures life styles, architecture, art and ways of living of the people of Uganda as you visit the different sites  for a memorable 1 day Uganda cultural safari. 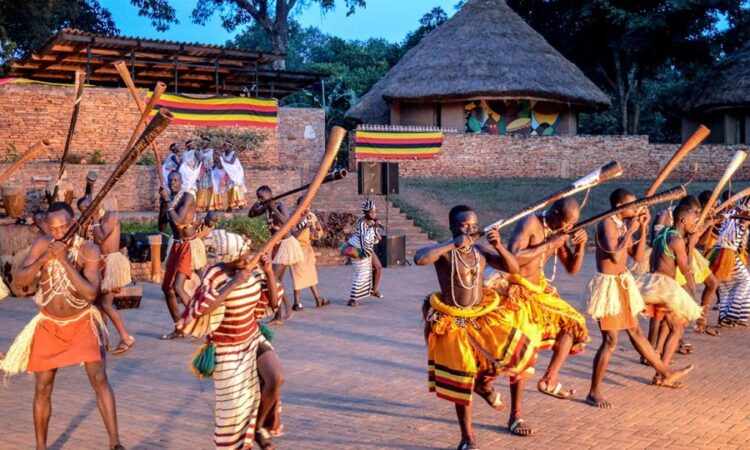 HIGHLIGHTS OF YOUR SAFARI

Recognised as one of the UNESCO world heritage sites, tourists visiting Kasubi Royal tombs will not be disappointed of what will be uncovered as they take in their safari. The Kasubi royal tombs are the burial grounds for the royal family in Buganda kingdom of which four great kings that are significant in the history of Uganda. One of the kings that were buried there include Kabaka Mwanga who ordered for the killing of the Uganda martyrs because of their faith in God, Kabaka Muteesa 1 who is responsible for the introduction of formal education in Uganda, after he invited the missionaries into the country. Kabaka Daudi chwa11 was responsible for the introduction of modernity in the Buganda kingdom where he constructed the first modern house in the kingdom of Buganda. He is also considered the father of modernity in the kingdom who believed in equality among the different genders that is to say during his reign, women were allowed to eat chicken and eggs like the men which was not the case in the previous years and another Kabaka that was buried there is Kabaka muteesa11 who was responsible for the independence of Uganda.

During Idi Amin’s reign of terror, a number of Ugandans that were against his rule were kidnapped in broad day light, at night and were brought to the torture chambers which are located  at Bulange in Kampala city  inside the Buganda king’s palace which DURING THE 1966 Buganda crisis when the then prime minister ofDr. Milton Obote took over the palace which led to the death of thousands of people  leading to the then Kabaka of Buganda Muteesa11 fleeing the kingdom and going into exile in the United Kingdom.

The torture chamber was established by Obote who used them to punish those that opposed his rule and after his over throw, Idi AMIN also used the same torture chambers to inflict pain and punishment on the people that were against his rule. It is believed that over 30,000 people were killed in the place which has 5 cells here they would pile people on top of the other, put water in the different cells and they would electrocute them.

People were also killed by smashing their heads with sledge hammers and many different ways which was really heart breaking and their bodies were thrown in rivers, on the streets for people to see the consequences of opposing Amin’s rule which instilled fear today a tourist that visits the chambers will see foot and palm prints that were left behind after the people where piled on top of the other.

It should be noted that Idi Amin had a number of torture chambers including one that was beneath the dictator’s luxurious residence at Nakasero Hill which cannot be seen today making the one of Bulange a prestigious one.

Another interesting religious site that should be visited is the St Paul’s cathedral which is known as the Namirembe Cathedral which is the oldest cathedral in Uganda which was constructed during the 1915 and 1919’s however it should be noted that this is not the first church in the premises to be constructed there were four different cathedrals that were constructed in order to accommodate the Anglicans however because of different reasons like the increasing numbers of believers,  thunderstorms that destroyed them and so many more but later the construction of the permanent structure was constructed which can be seen today.

Another interesting attraction at the cathedral is the grave yard of the first east African Bishop James Hannington which who was also killed on the orders of Kabaka Mwanga the same Buganda king  who ordered the killing of the Uganda martyrs. It is believed that in Buganda kingdom, that during that time an enemy to the people of Buganda and the king would come from the east which was the case for James Hannington who spent part of his life volunteering for the church missionary society he was sent to east Africa and he used the Eastern route, when Kabaka Mwanga got to know about this he ordered the Busoga chiefs to capture him where he was killed after spearing him in both sides and he is considered as one of the first Uganda martyrs together with his friends and when Joseph Mukasa Balikuddembe an official in the Kabaka Mwanga’s cabinet and a roman catholic condemned the act of killing the bishop, he was beheaded by the king. The place has a lot of history to offer which is quiet interesting once visited.

You will have a lunch break at one of  the finest restaurants in Kampala city which will give you the chance to taste one of finest local dishes that are offered after the memorable activity, you will make your to visit the Uganda national mosque.

Also known as the Gaddafi mosque, the mosque is of a lot of significance to the Muslim worshippers in the country, it was constructed by the late colonel Muammar Gaddafi the then leader/ president of Libya and it is the biggest mosque in East Africa. The mosque is one the major religious tourism destinations that a tourist can visit while carrying out a Uganda tour.  Some of the features that can catch the eye of the  tourist while visiting the Uganda National Mosque is the architectural design, important to note about the design of the mosque is the time and money that was put to produce quality work.

In the commemoration of the Uganda martyrs who were killed because of their faith in God on the orders of Kabaka Mwanga the then king of Buganda kingdom, Uganda martyrs catholic shrine Namugongo was established in remembrance of the martyrs.  The martyrs that only believed that there was no supreme leader over God, disobeyed the orders of the king which infuriated him and this led to the burning them alive which later killed him

A tourist undertaking a tour at the premises will have a chance to visit the Uganda martyrs museum where displays of how the martyrs where killed which is so heartbreaking because among the displays royal guards are seen stabbing the martyrs with spears, some their heads where smashed by axes, other martyrs were burnt which can all be seen which is very heart breaking to watch but in the process you are able to learn about religion. These martyrs were killed on 3rd June 1886 and by this every 3rd june annually, celebrations for the martyrs are carried out which is a day for feasting, having fun and most especially celebrating and praying for the Uganda martyrs, come celebrate with the martyrs as you have fun.

Tourists can also visit the Uganda Martyrs Lake where it is believed by many people however this is not yet proven that some martyrs were stabbed and the blood flowed to the lake making it sacred. Toda, thousands of pilgrims come to collect some take at home water which is believed to be sacred in a way that it can cure diseases, bareness and many more. At the lake it is where the celebrations of the Uganda martyrs are carried out and it should also be noted that three popes have held services at the lake making it a sacred place of worship that is Pope Francis pope paulV1, and pope Benedict of the Roman Catholic Church.After the rewarding experience visiting the different sites in the country, you will transfer back to Kampala city where you will be dropped off at a location of your choice and the end of your 1 days Uganda cultural safari.