Kigali City is the largest city in Rwanda that is located at the heart of the country and happens to be the main gateway city for travelers flying in and out of the country. This is the centre of economy, culture and is a transport hub since the time it became independent in the year of 1962. Kigali City is the main centre in Rwanda which hosts the President of Rwanda government ministries, residents and all ministry offices in the country. The city is found in the province of Kigali, which was enlarged later on in 2006. 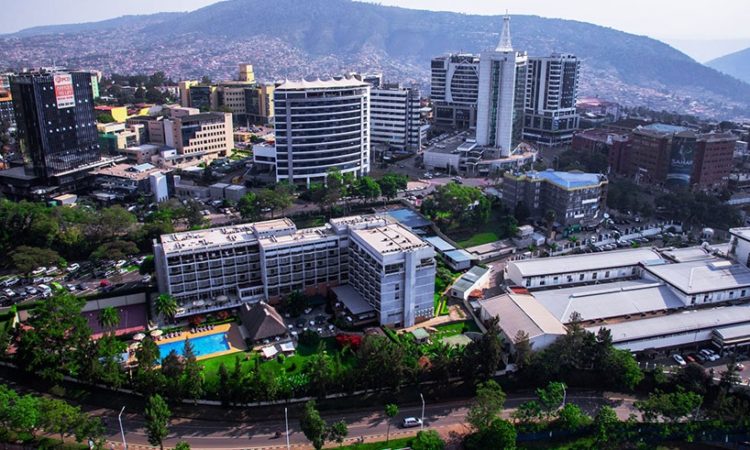 The main inhabitants of Rwanda were the Batwa people who were the pygmy hunter-gatherers. They settled in Kigali between 9000 and 3000 BC, and they still exist in the country until now. The Batwa were later on followed by Bantu speaking people between 700 BC and AD 1500 the Bantu included the Tutsi and Hutu, who started by then to clear the forest for Agriculture.

Kigali City is located in the centre of Rwanda, at the 20S to 300E. Kigali is part of the five provinces of Rwanda which was introduced in 2006 as a local government in the country.

The city is surrounded by Southern, Eastern and Northern provinces and 3 administrative districts i.e. Nyarugenge which are found in the south west, Kicukiro which is in the East and Gasabo occupying the northern half of the border.

Kigali City is located in the regions of rolling hills, with a number of ridges and valleys on steep slopes.

Kigali is found in two mountains including Mount Jali and Mount Kigali. The lowest area of Kigali is at an altitude of 1,800m. The Geological area is found in the Metasedimentary and granitic region with soils on the hills and valleys.

Nyabarongo River which is part of the upper headwaters of the Nile is in the west and south border of the administrative city of Kigali and the River crosses urban areas.

Kigali city is also the home of the Kigali Genocide Memorial Centre in Nyarutarama, the Golf course, and Kigali International Airport. The city is a temperate tropical highland, with lower temperatures, and this is because of the high elevation.

The city has a temperature that ranges between 12°C and 28°C. The city has two rainy seasons throughout the whole year, one running from February to June and September to December. The wet season is the month of April which is usually a rainfall season.

Kigali City is governed by a city council appointed by an executive committee who runs the day to day activities of the city. The committee includes a mayor and two deputies. The administrative districts are Nyarugenge, Gasabo, Kicukiro the areas are found in the former province of the Kigali Rural area.

Kigali City has the University of Rwanda, the university college of science and Technology is in the south area of Kigali.

Kigali city has places of worship including Christian churches and temples, Lutheran church of Rwanda, Roman Catholic Archdiocese of Kigali, Union of Baptist church in Rwanda and many others.

The City transport service includes Flight services and the airport is located on top of the Hill. The new airport is being built on Nyamata.

The Daily coach buses depart from Kigali to all East Africa destinations including Modern Coast which it’s a Kenyan based coach that connects to Gisenyi through Kyanika through Gatuna to Kampala and Nairobi. There is also Jaguar Executive coach which connects to Kigali-Kampala, via Gatuna. Other bus transport including Akamba Bus services, Yahoo car Express, Kampala Coach and many others.

However, you can book with a Tour operator who can organize transport service in the city of Rwanda.

The city is the starting point for all your Rwanda safari packages including, the first visit of the Genocide Memorial centre, visit the Brochettes, Souvenirs, enjoy the city tour, visit the memorial site, life in the night, Museum visit, watch movies, live music in Karaoke, visit the Distillery and many other activities.