The Akagera National Park covers 1,200 km² in eastern Rwanda, against the Tanzanian border. It was founded in 1934 to protect animals and vegetation in three eco-regions: savannah, mountain and swamp. The park is named for the Kagera River which flows along its eastern boundary feeding into several lakes the largest of which is Lake Ihema. The complex system of lakes and linking papyrus swamps makes up over 1/3 of the park and is the largest protected wetland in central Africa. Akagera is apparently the best place for wildlife safaris in Rwanda, in fact a destination you should leave aside should you opt to book a Rwanda safaris packages. 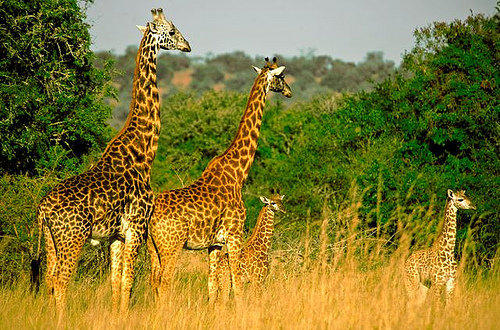 Much of the savannah area of the park was settled in the late 1990s by former refugees returning after the end of the Rwandan Civil War. Due to land shortages, in 1997 the western boundary was regazetted and much of the land allocated as farms to returning refugees. The park was reduced in size from over 2,500 km² to its current size. Although much of the best savannah grazing land is now outside the park boundaries, what remains of Akagera is some of the most diverse and scenic landscape in Africa.
In 2009 the Rwanda Development Board (RDB) and the African Parks Network entered into a 20 year renewable agreement for the joint management of Akagera. The Akagera Management Company was formed in 2010 as the joint management body for Akagera National Park.

Over the next 5 years a US$10 million expenditure is planned for Akagera including the construction of a 120 km western boundary fence and the reintroduction of lion and black rhino.

When you visit Akagera, also consider adding a Rwanda gorilla trekking experience to your safari so that you have diverse activities on your itinerary.