Akanyaru River is located in the western islands of Rwanda and Burundi, this flows east and north which is along the border between the two countries mentioned joining the Nyabarongo River. 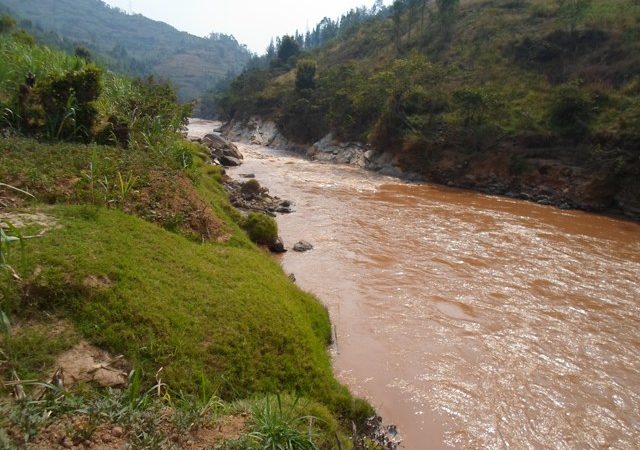 There stretches that contain unprotected wetlands, these are under threat from humans

Akanyaru River is a major headwater, flowing at an elevation of 2,450 meters in Burundi.

The river is a source at 2,300 meters elevation in the south part of Rwanda. The valleys of the higher tributaries are papyrus, containing seasonal swamp forest.

Upstream portion of the river has a catchment area of about 2,650 square kilometers.

The lower course of the river is a permanent wetland which is about 7 kilometers wide which ends where it reaches the Nyabarongo River.

Upstream of the river basin has an average annual rainfall of about 1,200 millimeters.

They run through mid-September to mid December and March to May. The climate change increases both in floods and droughts.

The marshland is an area of many birds, great biodiversity with about 60 bird species with wetlands that inhabit in the swamp region.

Akanyaru river is not protected especially the valley so the land is not flooded its cultivated .The local people always engage in fishing in the river and swamps. Wetlands are used for settlement and agriculture.